Birders often debate the pros and cons of reporting rare species.  Putting the word out allows people to see something new, and gains attention for the value of birds and birding.  But, there is always a risk that the attention will create disturbance and maybe even harm.  This dilemma is particularly acute when it comes to nesting species.

A major goal of the atlas is to identify where birds are nesting, and the more precisely we can locate species, the more we can learn about their habitat needs.  Historically this has not been a serious problem for atlas projects, which map distributions at a fairly coarse scale.  For example, Connecticut’s atlas blocks are approximately 25 km2 in size – mapping at this scale usually does not reveal much about where a species is nesting.

The advent of smart phones and mapping apps, however, has made it easy to provide pinpoint locations for sightings, including nests.  In general, this is a boon to ecologists, and providing specific locations is something that will help us better understand the habitat needs of Connecticut’s birds.  But precisely identifying nest locations should be done thoughtfully if that report is going to be made public.  So, if you are submitting data through eBird, a largely open-access forum, what should you do?

Reporting exact nest locations is probably fine when a nest is obvious to people (an osprey platform or bluebird box), inaccessible (peregrines on a skyscraper in downtown Hartford), already widely reported (boat-tailed grackles at Hammonasset), or if it involves very common urban or suburban species (a cardinal or robin nest in your yard).

Nests of most widespread songbirds and many common non-passerines are probably also fine to report.  Many people might be interested in an ovenbird or a marsh wren nest, but few are going to travel out of their way to see one.  Moreover, nests of most species are quite hard to find, even if you know more or less where they are, so even a point location in eBird is unlikely to lead people right to the nest.

Rare or hard-to-observe species, however, can be a different matter.  For example, the discovery of nesting Henslow’s sparrows in Connecticut would attract a lot of attention and – given the species’ tendency to hide in the grass – potentially tempt people to act in ways that could harm the birds.  Similarly, posting information about owl nests can often result in disturbance and many birders avoid publicizing these locations (doing so is prohibited on many birding listservs, including CTBirds).

Any time you are concerned about reporting a nest location or other sensitive sighting, there are several options that will still provide us with the information we need for the atlas: 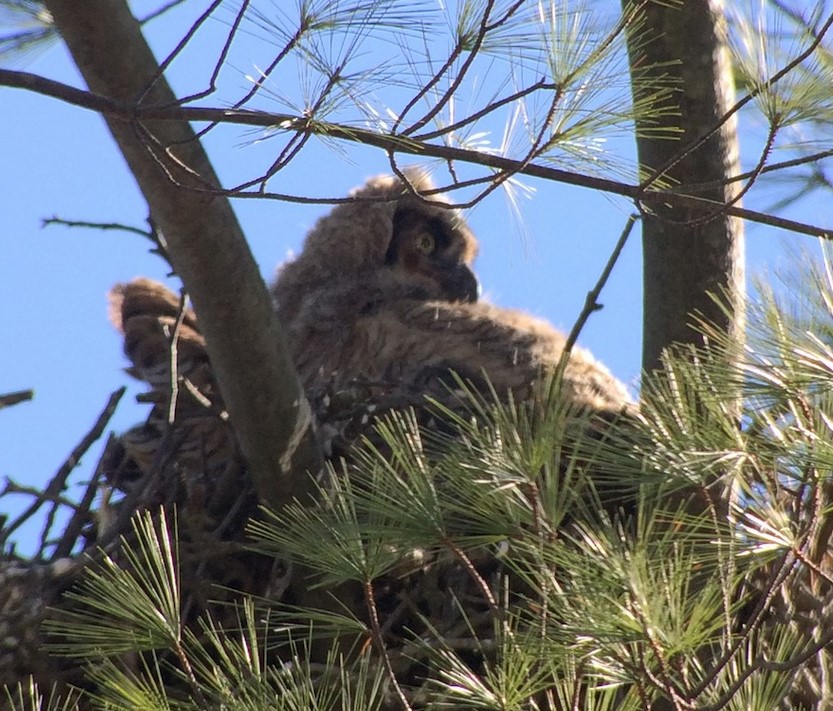 Some great horned owls in Connecticut already have young that are close to fledging. Reporting owl nest is very important to the atlas project, because they can be hard to find, but making their location public is not advised. Photo by Tina Green (used with permission).