Last spring, Greg Hanisek wrote a blog post about the growing range of yellow-bellied sapsuckers in Connecticut. During the last breeding atlas, in the 1980s, the species was largely confined to the northwest corner of the state, with only scattered records of possible breeding elsewhere.  Since then, the species is known to have spread south and east, but exactly how much was unclear. 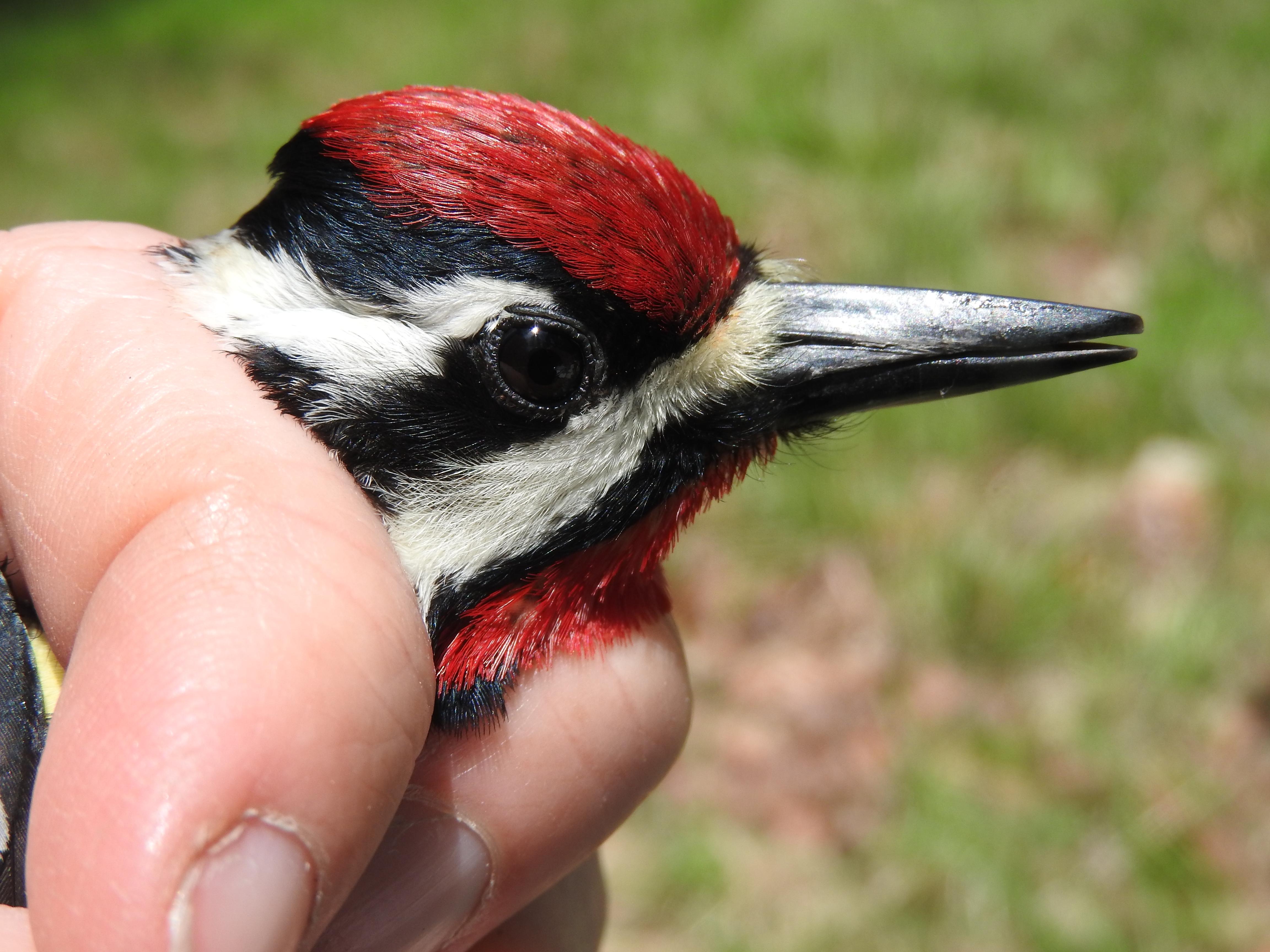 Yellow-bellied sapsucker caught during research in northeastern Connecticut in 2016.

With the first year of the current atlas complete, we are starting to get an answer to that question.  The maps below compare the 1980s breeding data to those collected so far in the current project, and the range expansion is obvious: 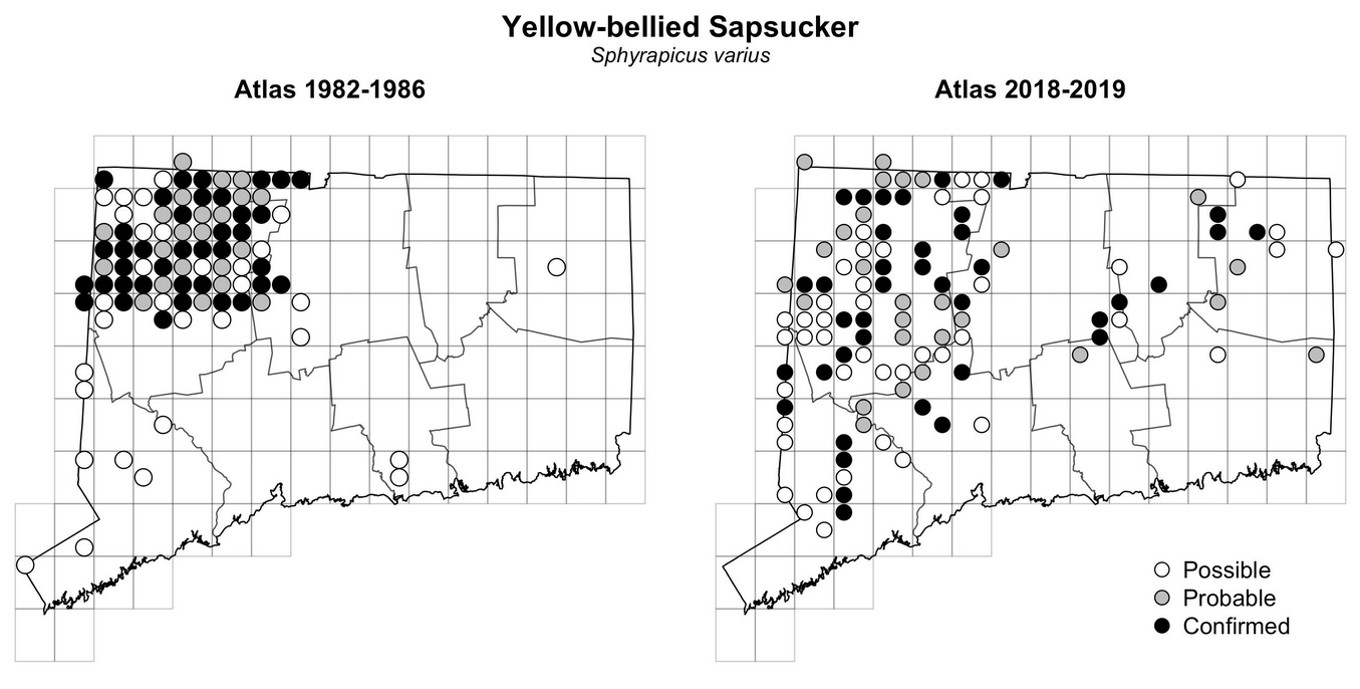 Breeding atlas reports of yellow-bellied sapsuckers in Connecticut during the 1980s (left) and during 2018 (plus early records from 2019, right).

In 2018, sapsuckers were confirmed as breeders in seven of the state’s counties. This morning, I found a nest in Scotland, CT, just north of New London county, so it would not be surprising if we complete the set before the atlas is over. Comparing the northwestern corner of the maps reinforces the fact that we are only one year into the current project, and suggests there are many more sapsuckers to be found.

Coincidentally, I also found a red-bellied woodpecker nest in Scotland this morning: 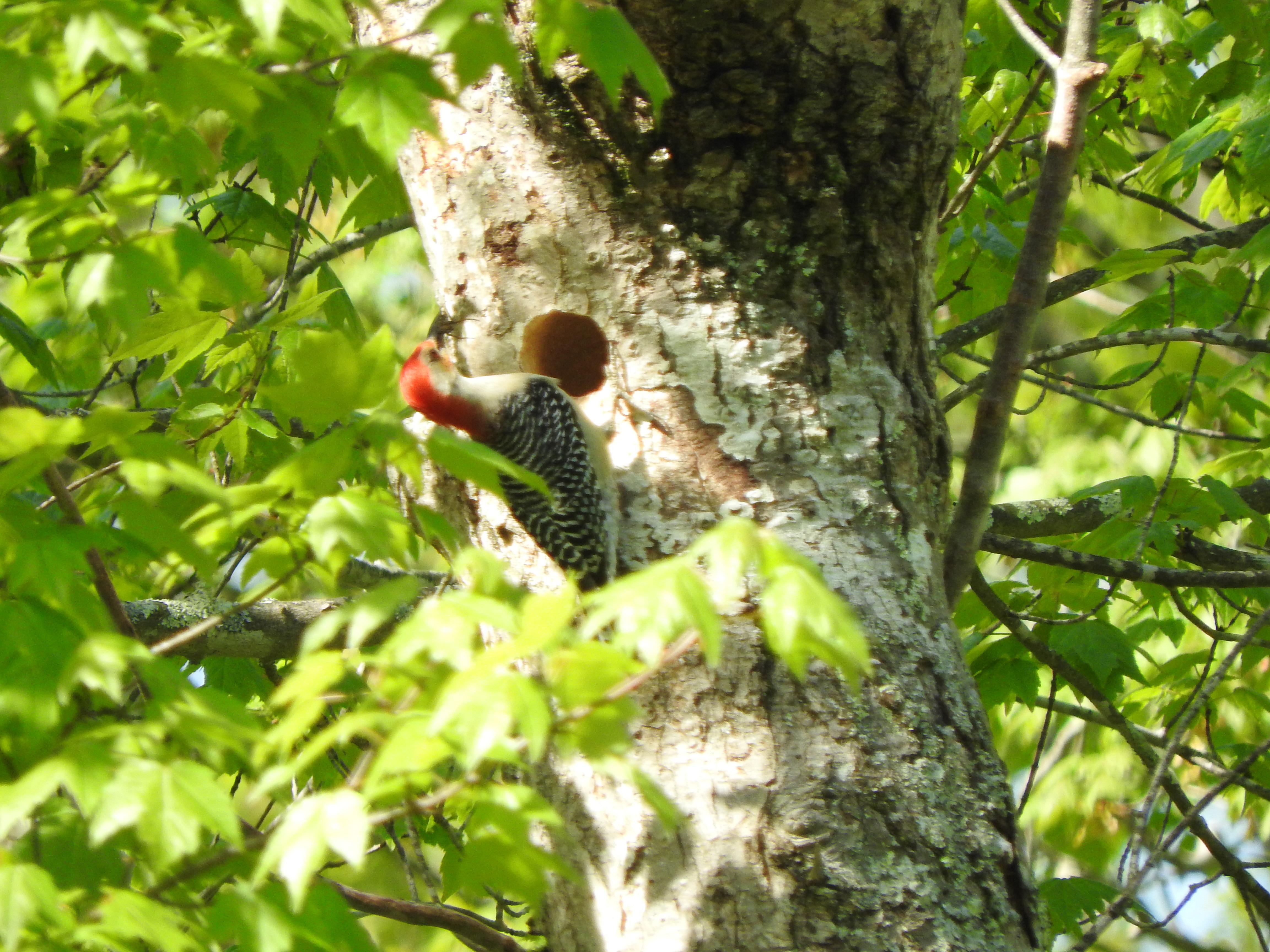 Not a good photo, but this picture shows a red-bellied woodpecker bringing food into its nest.

This is another species, that is expanding its range in the state. Not regular in Connecticut until the 1950-60s,  it was first reported in Storrs in 1969 and was still uncommon across the northern tier of the state in the 1980s see Zeranski and Baptist for more on the history). Last year’s data, however, show that it is now widespread across much of Connecticut: 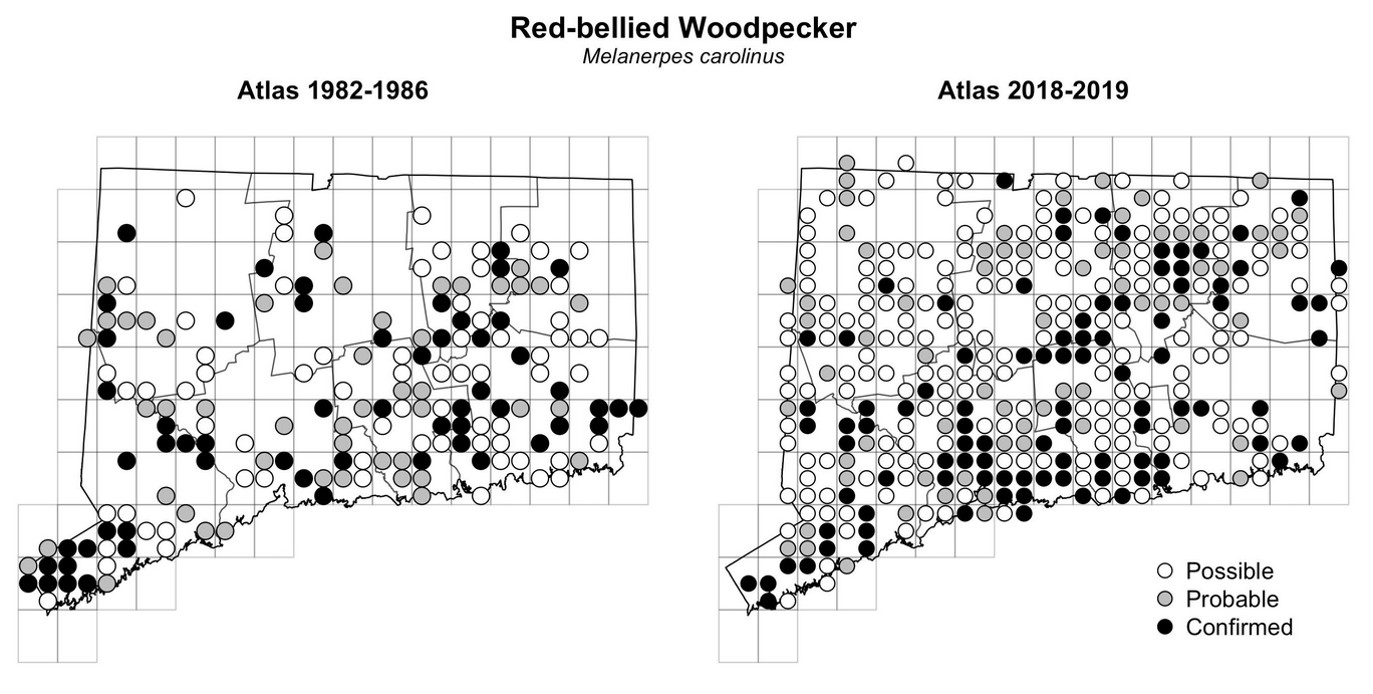 Breeding atlas reports of red-bellied woodpeckers in Connecticut during the 1980s (left) and during 2018 (plus early records from 2019, right).

The gaps in the 2018-19 range map largely indicate blocks that have not been surveyed. To learn a little more about the breeding behaviour of nesting red-bellied woodpeckers, check out this post from last year.