Previously, we’ve identified species that it should be possible to confirm as breeders in most blocks. Two of those species are New World sparrows (a third, house sparrow, is an Old World sparrow – a completely separate family).  And both begin nesting early enough in the year that confirming them should already be possible in many places.

For example, the song sparrows in my yard began singing weeks ago. They then went quiet for a while, presumably because they had eggs, before becoming more obvious again as they collected food and carried back it towards their nest to feed their chicks.  Now the male is back to singing constantly as they gear up for a second brood. 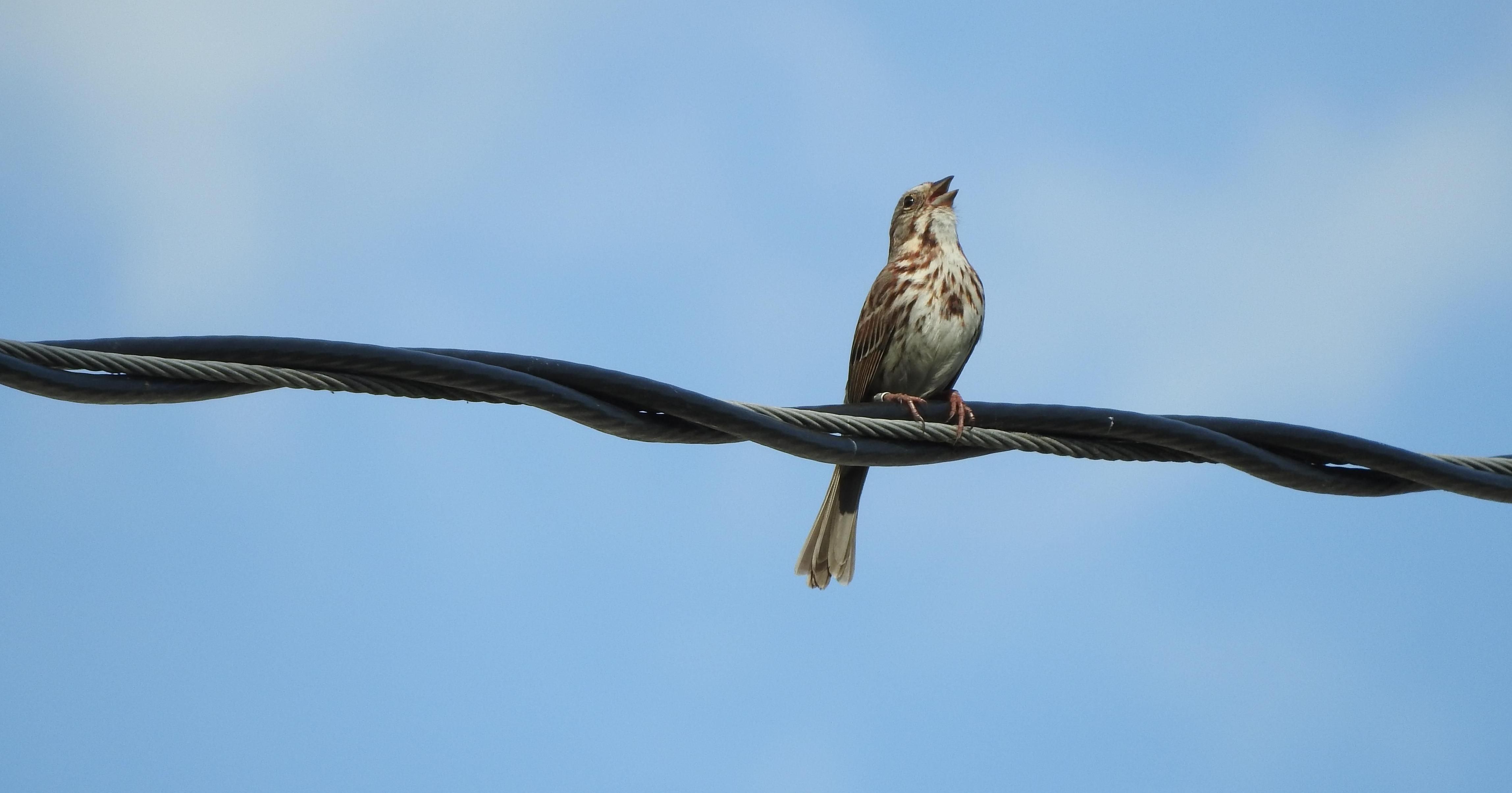 During the 1980s, song sparrows were found in nearly every atlas block, and confirmed as breeders in most of them.  So far, we have records across much of the state, with the species reported from most of the blocks that have received moderate coverage. Confirmed breeding, though, is still limited to a minority of the blocks: 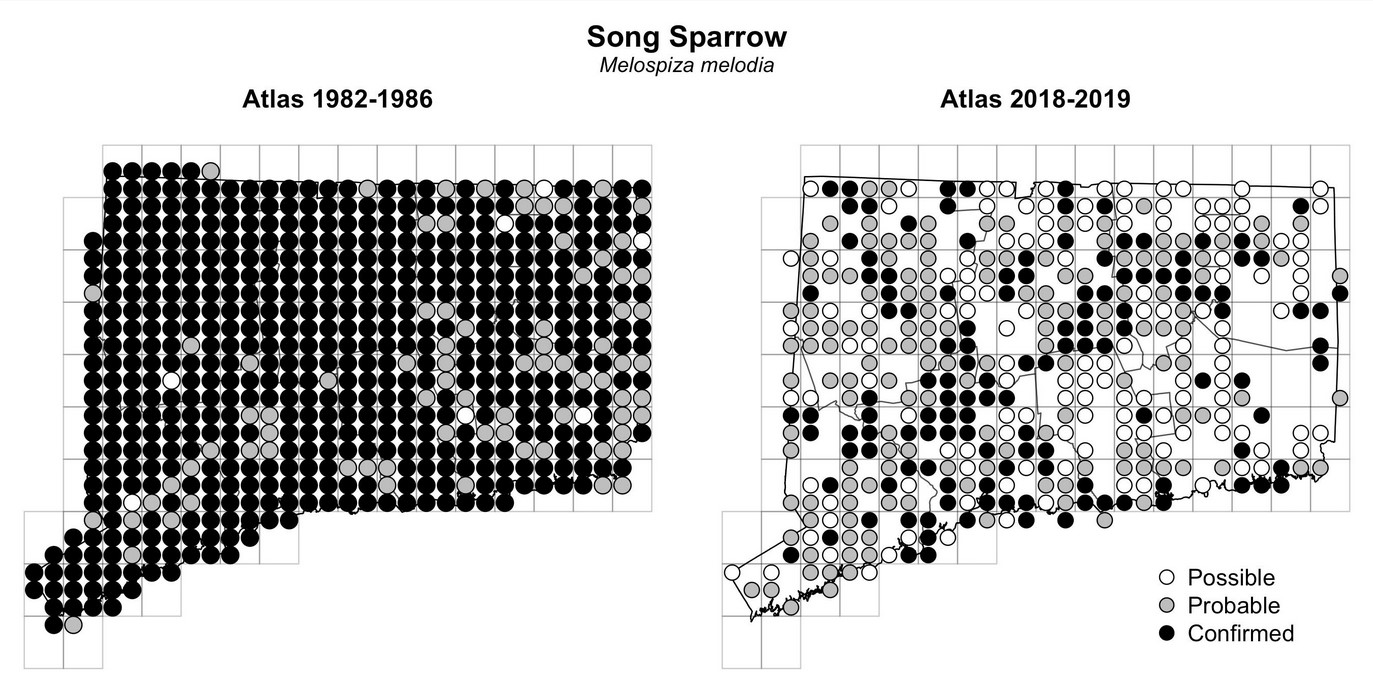 Chipping sparrows are a little behind, song sparrows in their nesting cycle – I have yet to see adults carrying food for young, or fledglings out of the nest, this year. But, I see interacting pairs every day I go birding and have watched adults collecting nest material and building nests over the past couple of weeks.

The data for chipping sparrow are similar to those for songs, with good coverage, but many blocks in which the species could still be added, and far more in which breeding is not yet confirmed: