Despite their splendid adult plumage and human-like ability to adapt to almost any surroundings, European starlings are rarely a favourite among birders. Introduced from Eurasia on the grounds that Shakespeare mentioned them in Henry IV, Part 1, they are often seen as a pest. And, at times, they seem quite happy to conform to stereotype: 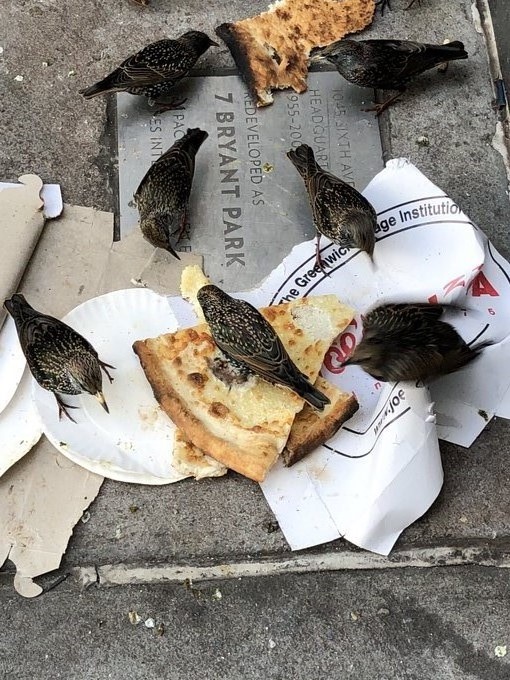 Nonetheless, the atlas aims to document all of the state’s birds, and so records of nesting starlings are very much wanted.  As an early breeder, many starlings are well into their nesting season and I’ve been seeing adults flying back and forth to nests with food for a couple of weeks. Today, I watched the young fledge from an opening under the eaves of a neighbour’s house – one of the 4 nests I can see from my yard.

Carrying food (CF), recently fledging young (FL), and nests with young (NY), all confirm breeding. The “recent” is a key part of the FL code’s definition, however, and it is important not to use it for any bird in juvenile plumage. For example, the large flocks of young starlings that start to gather by midsummer could include birds hatched weeks earlier and many miles away – perhaps far outside the block in which they were seen. Reporting those birds as FL would give a misleading picture of where starlings actually breed. The picture below shows a starling that is fresh out of the nest , and I would only use the FL code for young starlings that look like this (notice the fleshy yellow at the base of the gape, the lack on any adult feathers growing in, and the not quite full length tail): 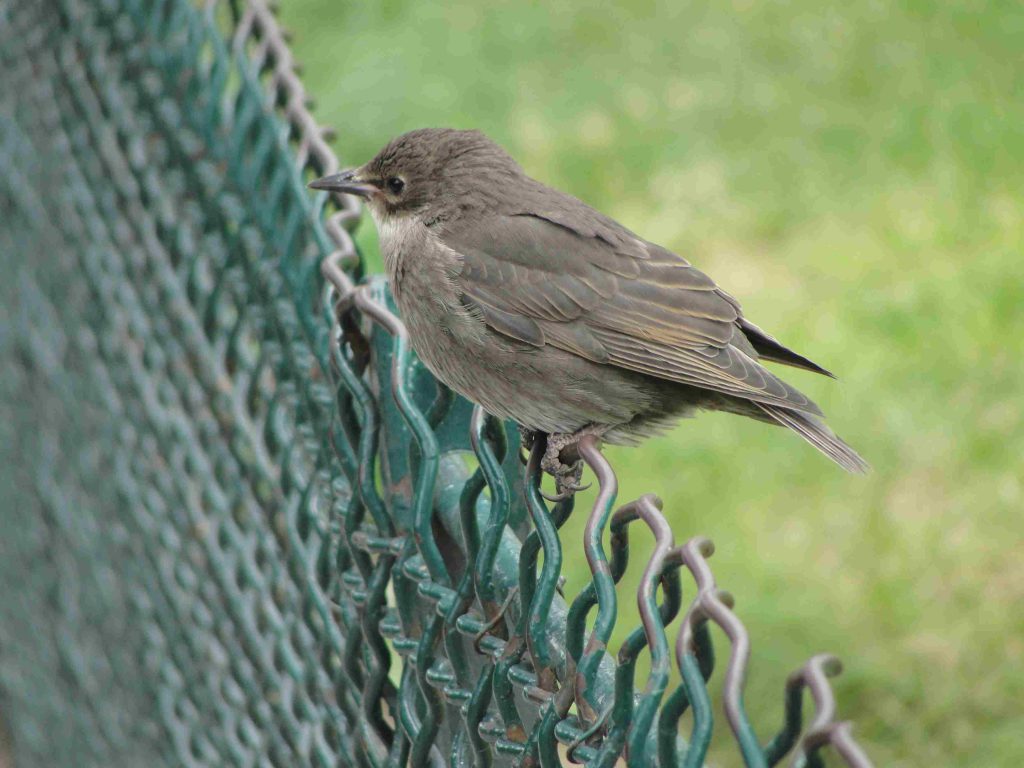 Despite their ubiquity, European starlings have also undergone substantial population declines, both in North America and Europe. Even if the loss of an introduced species seems like it might not be the worst thing, one has to wonder what the cause is, and what that says about the state of the environment. Consequently, understanding just how widespread and common starlings are in Connecticut today is likely to be useful information, even though they are not a conservation target.

Preliminary data (presented with all the usual cautions!) from the first two breeding seasons show that there are still many blocks in which starlings have not been reported: 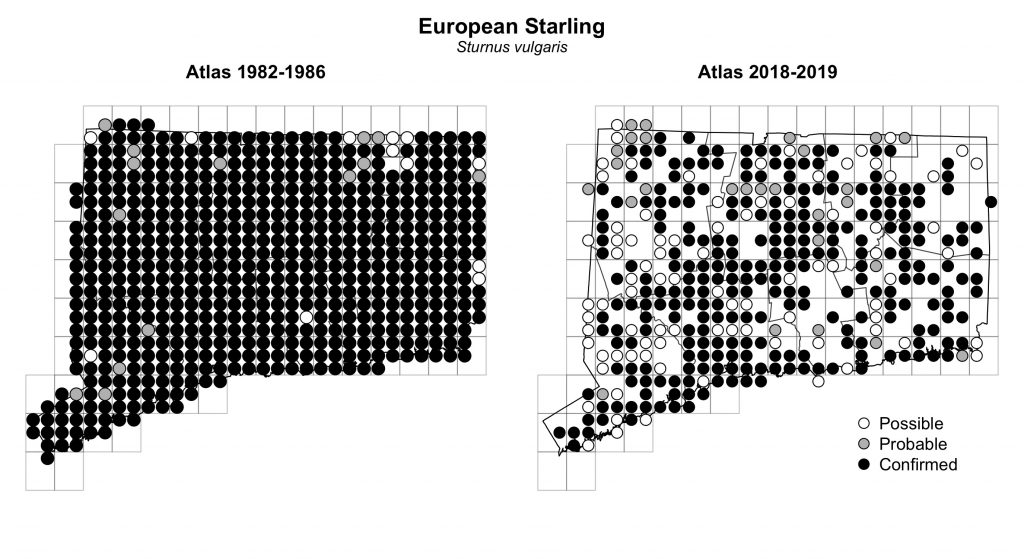 Of course, this might be because we still have many blocks where there has been relatively little survey effort, and many blocks that are far from complete. Over the next few weeks, it will be important to expand our coverage to find out if these maps represent real declines. Since starlings are easy to find, and easy to confirm, we encourage everyone to be on the look out for birds nesting near your home, your work, your grocery store, or wherever you have a few minutes to look around. And if you see a starling fly by with a big beakfull of food, or hear the chattering of young starlings in a nest, please send a report.