During the 1980s breeding atlas, American robins were confirmed as nesters in almost every atlas block. This fact, combined with the knowledge that robins show no signs of decline in Connecticut or in the east as a whole, has led us to treat the species as a rough barometer of how good our survey coverage is.  Our assumption is that, where there are gaps in the robin map, there clearly needs to more survey work done – elsewhere might be lacking too, but not as severely.

Examining the current robin map shows records from most blocks, and confirmations from many, but still a lot of gaps: 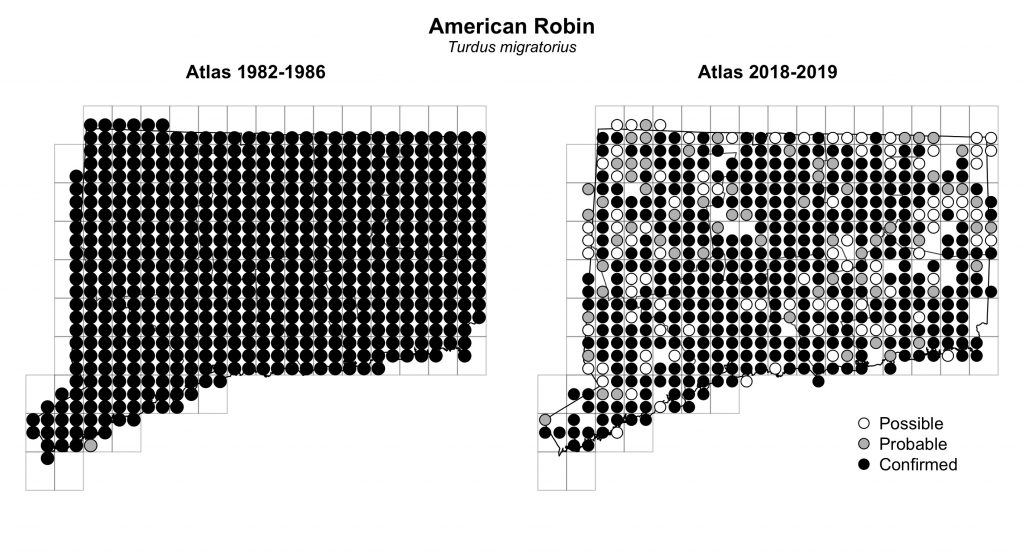 Comparing these maps to those I included in a blog post from a year ago shows how much progress we made last summer.

Now is the time to start filling the remaining gaps. Robins everywhere are flying around with material to build nests (in many cases probably replacements for failed first nests) or beaks full of invertebrates for hungry nestlings. Yesterday, I also saw my first full grown fledgling of the year, out of the nest and following a parent around while begging for food.

Robins are another species that are easy to confirm and that regularly build nests in peoples’ yards. Nests can be quite easy to see, often placed not far above head level where a group of branches come together: 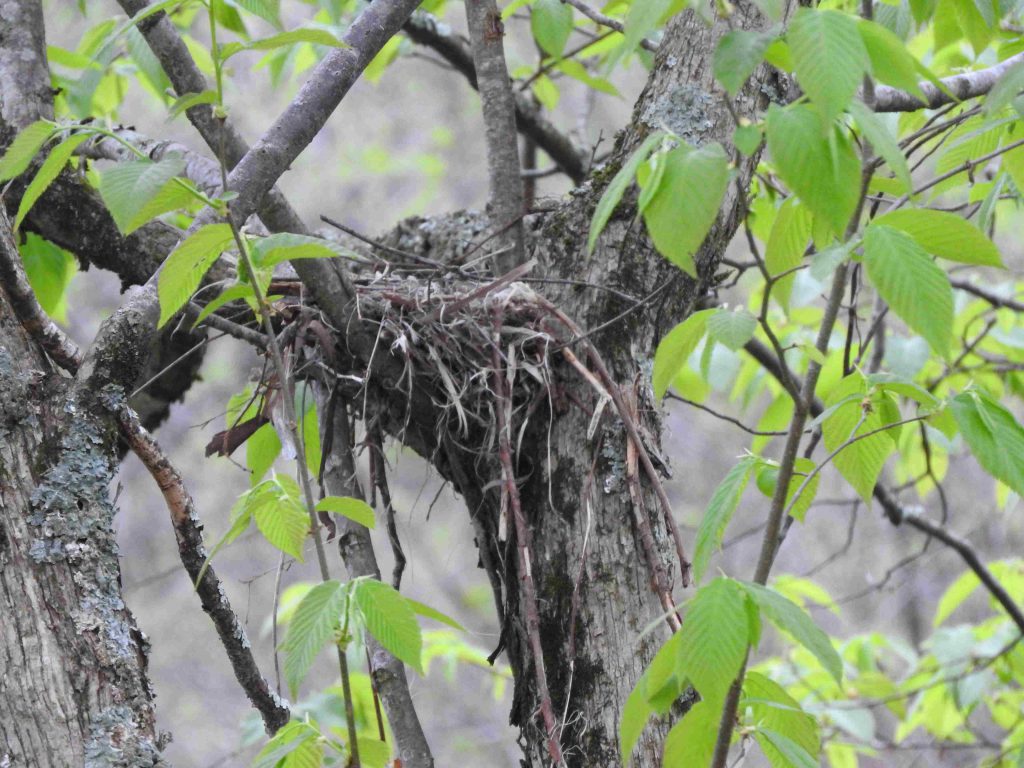 But finding nests is rarely necessarily, as adults can be seen on lawns everywhere, collecting big piles of worms in their beaks and then flying off to feed their nestlings, before returning again (and again) for more. 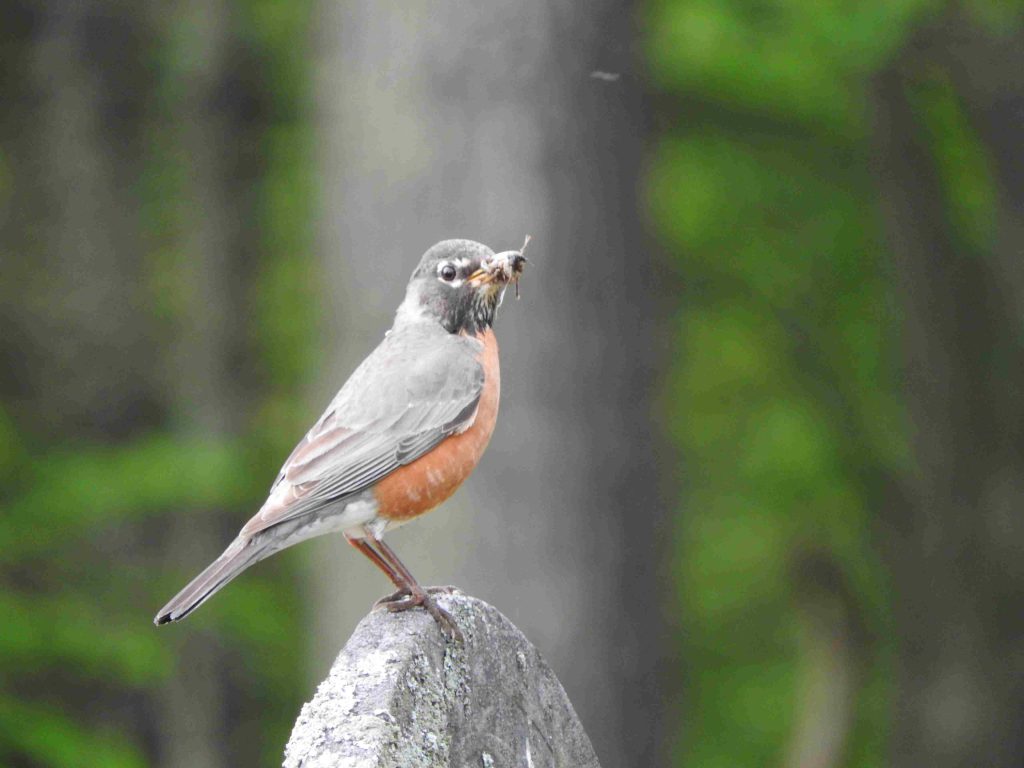