Recently, we’ve been focusing blog posts on common species, especially those easy to find near home. Yesterday, however, Greg Hanisek mentioned breeding mergansers in a post on the ctbirds listserv, so I thought it would be a good time to take a look at the preliminary data for these species.

As Greg says in his post, common mergansers are found mostly in the northwestern corner of the state. As he indicated, though, they appear to be moving south and east. As an example, I’ve seen this species on the Willimantic River, a 5 minute walk from my house in Storrs, twice in the past few weeks – although I’ve yet to confirm breeding. 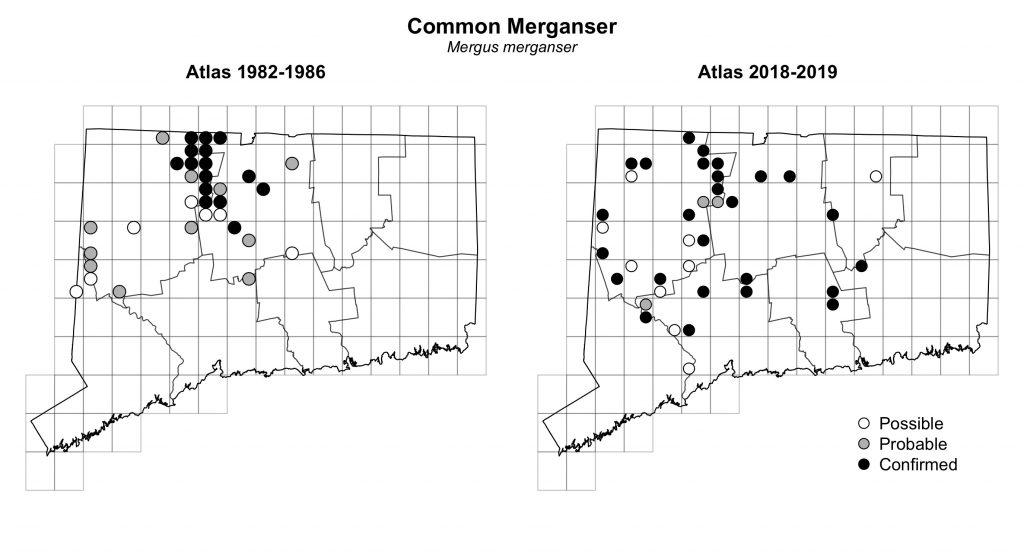 Breeding atlas reports of common merganser in Connecticut during the 1980s (left) and preliminary data from 2018-2019 (right).

Hooded mergansers are more widespread, but also appear to be increasing and spreading east; the current atlas has already produced records from many more blocks than during the 1980s. Although more common in the northern tier of the state, and typically found in forested wetlands, there are records from all of Connecticut’s counties and last summer Margaret Rubega and I found a family on a small pond on a golf course near Danbury. 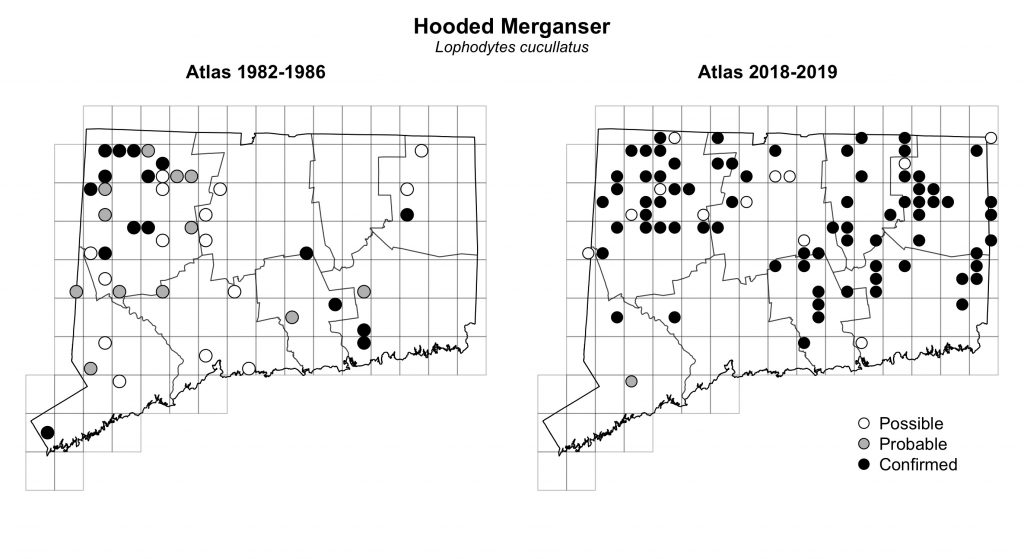 Breeding atlas reports of hooded merganser in Connecticut during the 1980s (left) and preliminary data from 2018-2019 (right).