A recent post on the ctbirds listserv raised the  question of whether fish crows nest in Connecticut. The subsequent discussion demonstrated that they do, and that nesting occurs in various parts of the state, but I thought it might be useful to see what the latest atlas data show. 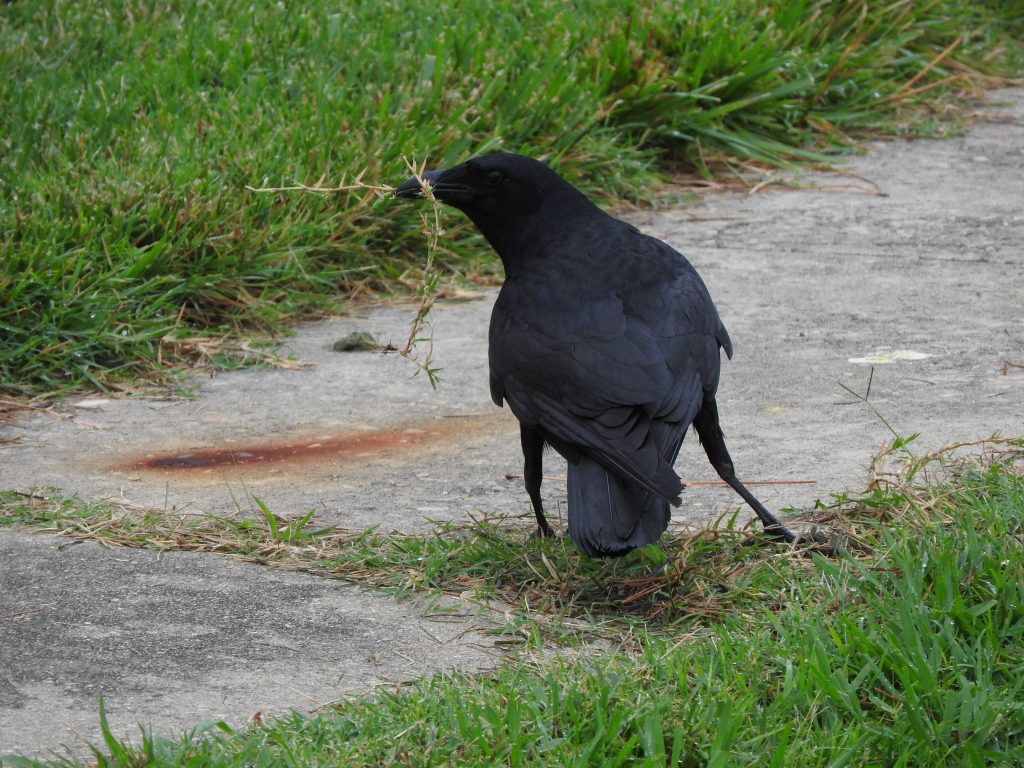 This fish crow carrying nest material was photographed in Virginia Beach, but similar sights can be seen throughout Connecticut.

The atlas data reinforce the idea that fish crows are widespread nesters throughout the state, and clearly show that the species distribution has expanded a lot since the 1980s.  Previously thought of mostly as a coastal nester, with a few inroads inland along the big rivers, the species can now be found in many parts of the state. 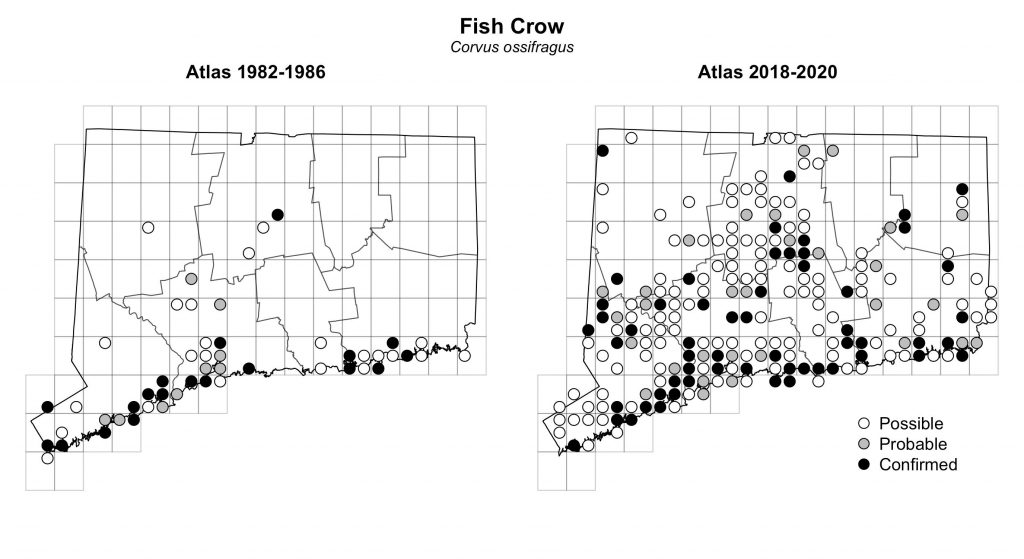 Breeding atlas reports of fish crows in Connecticut during the 1980s (left) and preliminary data from 2018-2020 (right).

Fish crows are still not nearly as widespread as American crows, which can be found nearly everywhere in Connecticut, but their expanded distribution does suggest that there are few parts of the state where it is safe to assume that a silent crow is the commoner species.  In fact, I suspect that many of us should be using “crow sp.” on our eBird checklists much more frequently than we do! 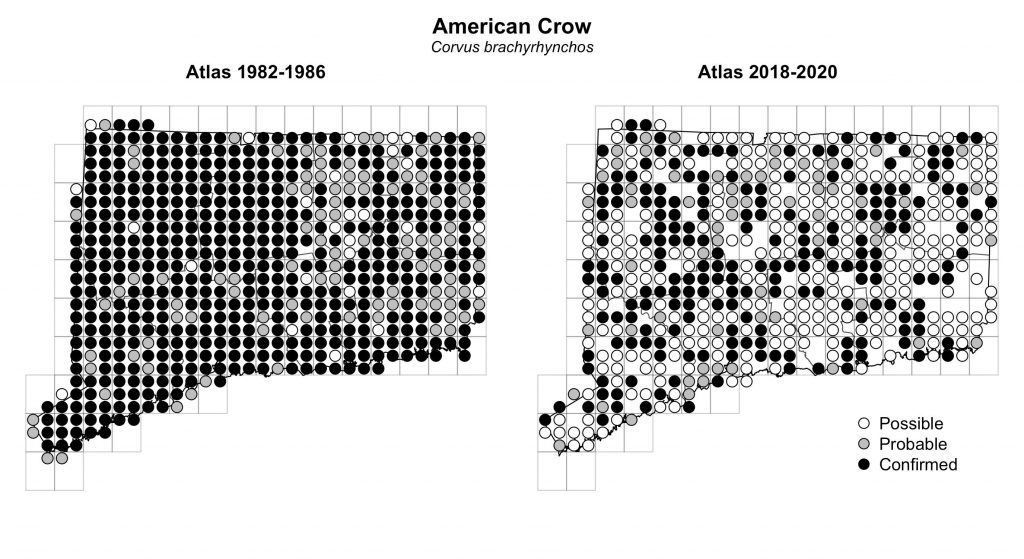 Breeding atlas reports of American crows in Connecticut during the 1980s (left) and preliminary data from 2018-2020 (right).

The other thing that jumps out from the American crow map is that – although the species has been found in most blocks in the state, it remains to be confirmed as a breeder in the majority.  As we have noted previously, a major goal for this summer – the last for the project – is to increase the number of confirmations in atlas blocks. For crows, that means looking for birds carrying sticks now, for nests in trees over the next few weeks, and for family groups with recently fledged young later in the summer.  See this post from last year for tips.

And, of course, always listening for their calls to make sure you really know which species you are looking at.