As we approach the end of June, we are mid-way through the final summer of data collection for the breeding portion of the atlas. July is the best month to confirm species, and breeding for many species lingers into August. Even in September a few species will still be breeding – goldfinches and cardinals for example. But, July is really the month for a big last push.

With that in mind, we’ve tried to identify our very highest priorities. These are blocks that have, so far, had relatively little survey effort. The map below, shows blocks with less than 5 hours in yellow, and those with less than 10 hours in orange (click here to read the block numbers): 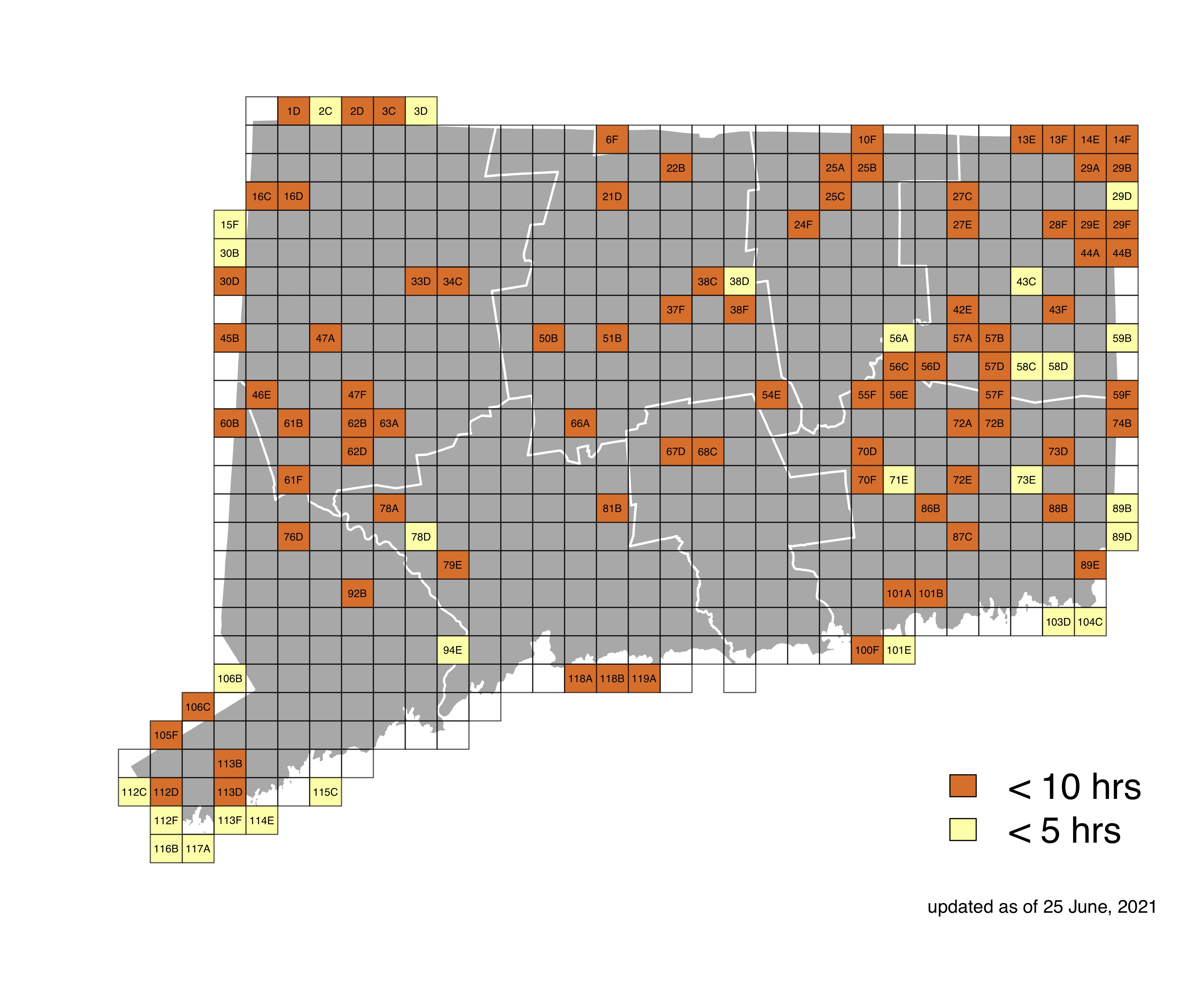 Of course, our goal is to get to 20 hours in every block, but we’ve previously shown that the rate at which new species are added to a block’s list, rapidly declines after the first 10 hours. Additional hours do help increase the number of confirmations, which is of course another of our big goals. But getting a solid species list in all blocks, is arguably even more important.

As the map shows, many of the blocks with low hours are “border blocks”, or are mostly sea water. In some of these, achieving our target number of hours may not be practical – or even desirable if there is so little Connecticut land in the block that time can be better spent elsewhere. Most of the blocks marked on the map, however, could really use a few more survey hours.

So, if you are looking to help with the final push, look for a block on the map that is near where you live. Or, one in a part of the state you’d like to explore.  Maybe even round up a couple of birding friends and go “block-busting” in an area where there’s a couple of adjacent blocks that you can visit on the same day. And, since we’re into July and the heat is rising, don’t feel the need to rush your birding – slowing down and just watching each bird for several minutes is often the key to confirming breeding.