A couple of weeks ago, we posted a map showing which atlas blocks were priorities in terms of the number of survey hours they had received. Since then, a number of people have made targeted efforts to visit those blocks and ensure we have data from all of them. Given how much things have changed, we now have an updated version of that map, which shows just how much progress has been made (full screen version here): 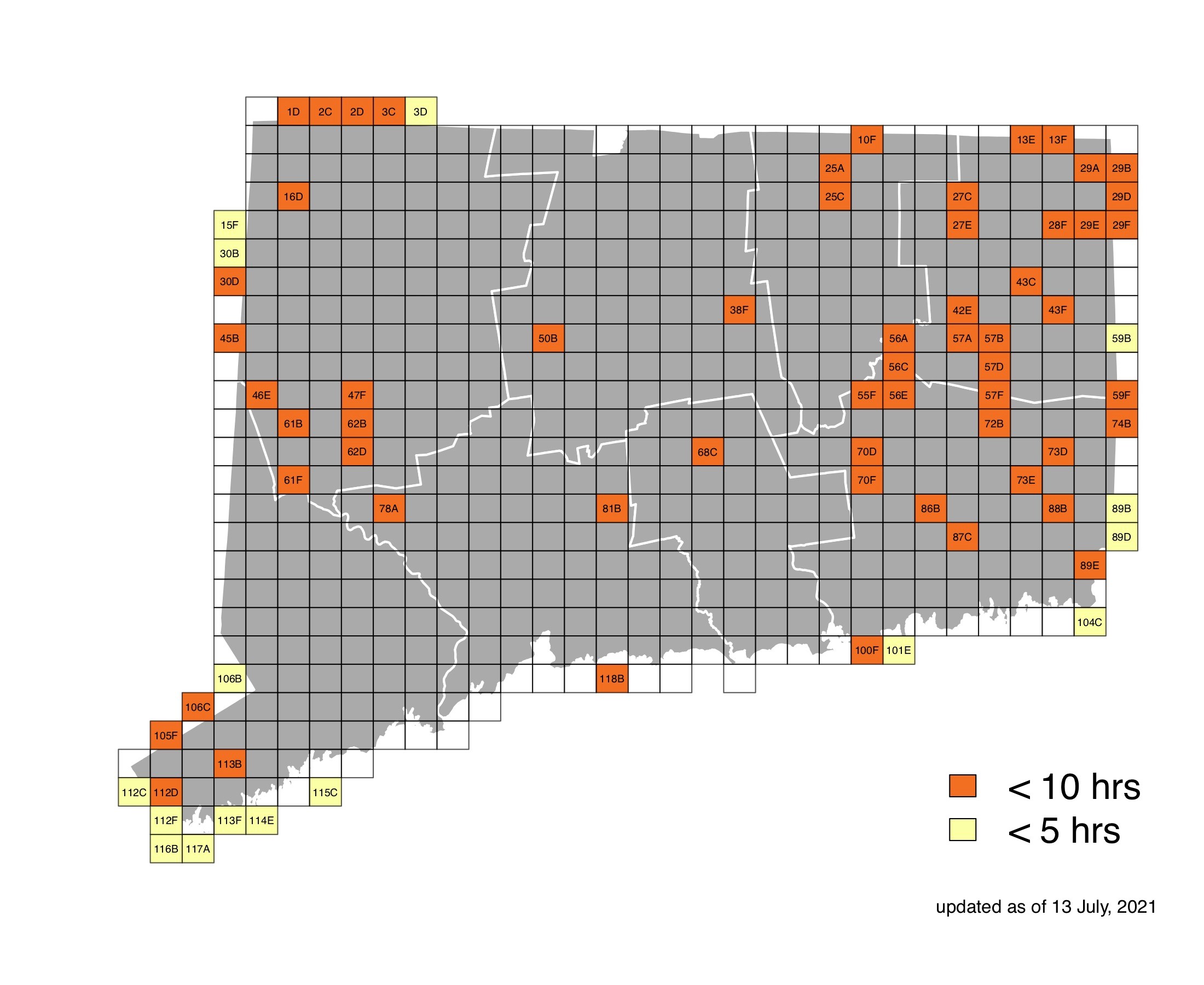 Clearly we still have work to do, but the number of sites with less than 10 hours of breeding season surveys has declined substantially.

Although our primary “block completion” goal is to get to 20 hours of surveys, we also have other measures that we look at. And, our other big goal for this last year of atlas is to increase the number of species for which we have confirmed breeding. With that in mind, we’ve also mapped the blocks that have the fewest number of confirmed species. This provides an additional set of sites where a couple of hours of targeted birding will likely have an especially big impact on the atlas dataset (full screen version here): 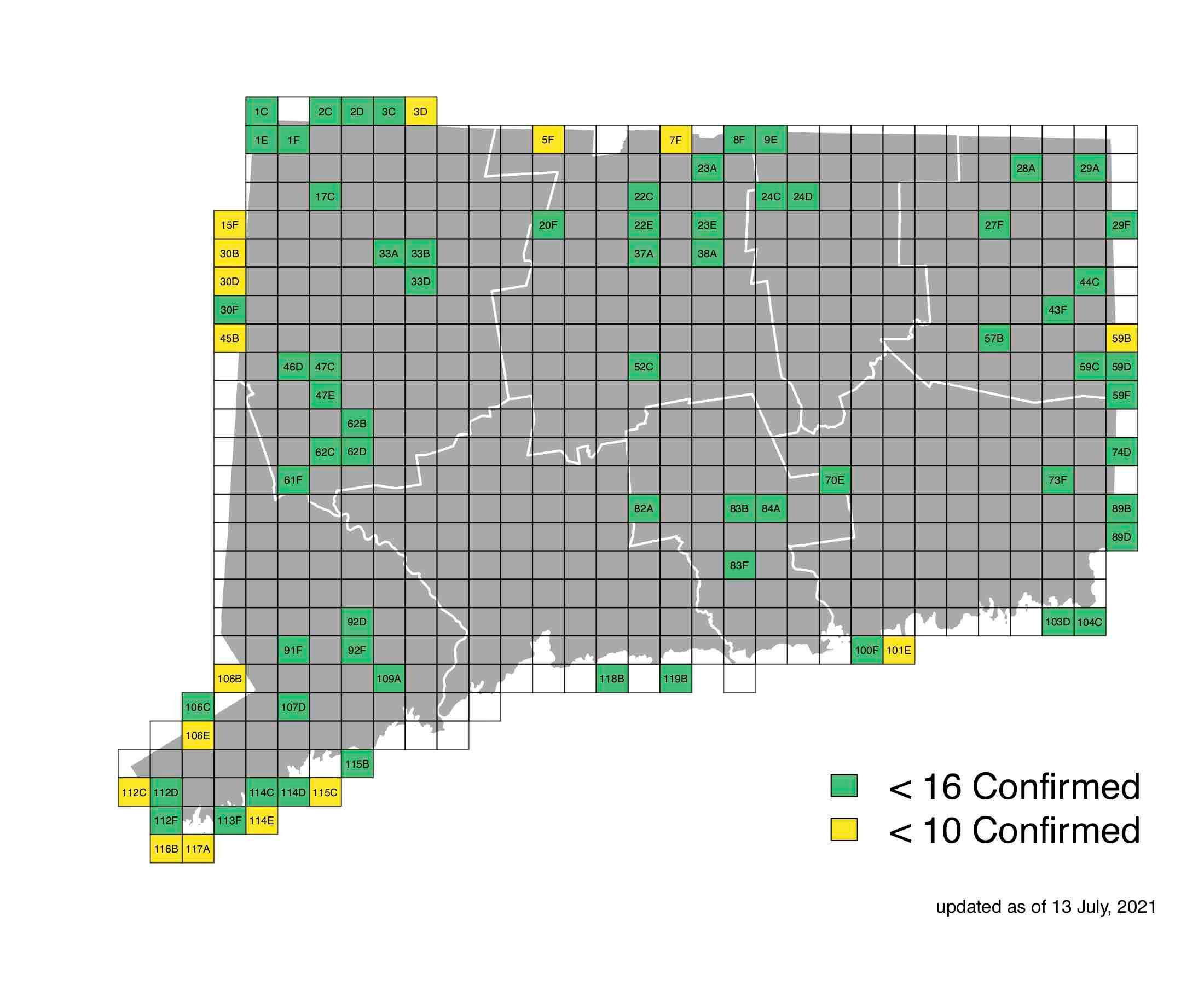 Not surprisingly, many of the blocks with a low number of confirmed species, are also those with few hours of survey effort. But, the overlap is not complete – perhaps because a block with a lot of hours was visited mostly early in the breeding season. The next 2-3 weeks are a great time to observe adults carrying food for nestlings, or families of young birds recently out of the nest, so visits to any of these blocks will likely add a good number of confirmations.