Several questions about the atlas have recently appeared in my in-box, or on the CTBirds list.  Since the same questions are starting to repeat, I plan to use the blog to give some answers over the next few days, so that the information is available for everyone.  We are also working on an FAQ page for the web site.

First up, is the question of which species we want you to submit data about. The current phase of the project focuses on breeding birds, so any species that nests in the wild in Connecticut is fair game.  This includes introduced species like house sparrows, mute swans, and monk parakeets.  Because game birds sometimes establish free-ranging populations, we also encourage reports of northern bobwhite, ring-necked pheasants, and even less usual species such as chukar.  (Bobwhite, of course, is a historic breeder in the state.  Most, if not all, recent records are assumed to be released birds, so careful documentation of all sightings will help us get a better sense of whether there are any lingering wild birds left.)

Most likely breeders are listed on the safe dates list and on the field card.  Many species that you might see over the next month or two are missing from these lists because they are not known to nest in Connecticut.  Often, however, these migratory species might be heard singing as though they are on territory.  Most of these birds should probably be ignored, as they are simply passing though en route to breeding sites farther north.  Palm warblers, which are just starting to arrive in Connecticut, and blackpoll warblers later in the spring are good examples.  But, if you find evidence of such oddities lingering into mid-June, or see evidence that strongly indicates actual nesting, please report that information using the rare reports form.

Remember too that birds sometimes turn up in unexpected places, so it is possible that you might find strong breeding evidence for a species that is not listed.  For example, last weekend I was in northern Massachusetts and visited a site where red crossbills are currently nesting.  Crossbills are rare in southern New England, but they are also irruptive and somewhat nomadic.  If they find a place with a good cone crop, they will often stop and nest, even in winter.  Although we don’t expect to find crossbills during the breeding portion of the atlas, there was an unconfirmed report of nesting white-winged crossbills during the 1980s atlas, so it is good to keep an open mind. If you do come across red crossbills, take note of the information posted here.)

If you find a species that shows clear signs of breeding but is not on the field card, please document the record careful and submit that information using the rare reports form posted on the web site.  Note too that some rare breeders probably should not be reported publicly.  In my next post I’ll cover that topic and describe ways to submit atlas data for sensitive species. 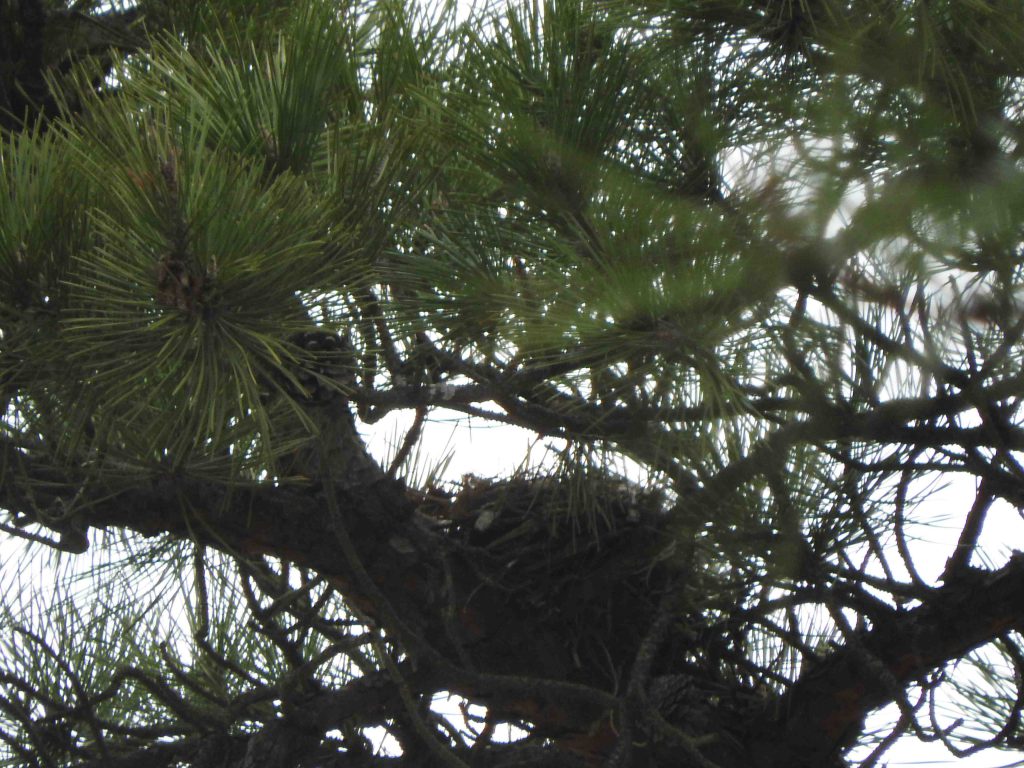 Red crossbill nest (not in Connecticut).