Recent posts on the ctbirds listserv have highlighted the fact that, although it is still mid-summer, migration is well under way for some species. At the same time, data collection for the breeding portion of the atlas will continue for almost another month. This overlap between migration and breeding reintroduces the need for safe dates to ensure that we are correctly attributing observations to the blocks in which breeding happens.

In the spring, safe dates served to reduce the risk of counting migrating birds as local breeders.  A wood thrush in the first week of May, might nest nearby, but it could also be also be en route to New Brunswick.  Consequently, we do not count wood thrush observations during most of May, unless there is evidence to confirm breeding.  After May 25th, the likelihood that a wood thrush in Connecticut is actually breeding where it is seen is much higher, and so possible and probable records are added to the block totals.

In the fall, the problem is reversed, and safe dates serve to indicate the point at which a species might have moved far enough away from its breeding site to be in a different block.  This could be due to migration, as in the 40+ yellow warblers reported by Tina Green at Sherwood Island this week.  But, it could also be due to post-breeding dispersal – the movement, not necessarily migratory, of birds away from their breeding site.

Young birds are particularly troublesome because for much of the summer we have taken them to be a sign of successful breeding, using the FL breeding code for fledged young. As those youngsters become more independent, however, they will move farther and farther from their hatching site.  The unwary observer, seeing an independent fledgling, could then end up confirming breeding in the wrong block. Swallows are notoriously problematic in this way, because they are strong fliers and young birds quickly move away from their nest sites.  Starlings and blackbirds are also problems – most of the ~200 young starlings that I saw wheeling over the marshes at Barn Island, Stonington, on Wednesday were almost certainly hatched elsewhere.

Given these problems, how do you know when to use the FL code at this time of year?  In most cases, very young fledglings – those that have not yet fully grown their feathers or that are still in obvious family groups attended by adults – are probably safe to record as FL.  The code can also be used for species that are known not to migrate or disperse very far, at least until end of the safe dates period (see the atlas web site). After the safe date period for a species is over, however, it is best not to record it at all – unless you find irrefutable evidence that the species is nesting at a given location, such as a late, or used, nest. 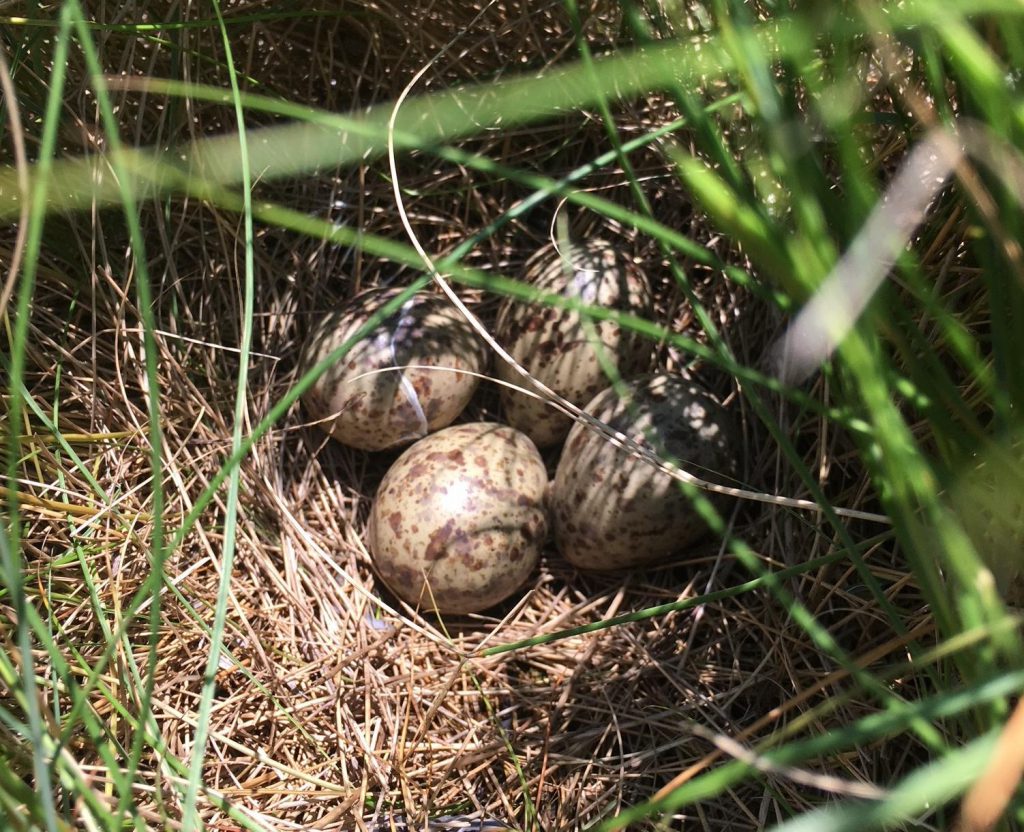 The safe date period for willet breeding ended on July 15th, but I found this nest at Barn Island Wildlife Management Area in Stonington while doing field work on the 18th.  Because there is no doubt willet is breeding where I observed the nest, the record confirms the species in block 104A even though it is outside the sate dates.  At this point, however, observations of adult willets, or even independent fledglings, would not, because they could involve birds that have finished nesting and moved away from their nest site.