Spring is well and truly here, and there are signs of breeding all around. Species that can be confirmed as breeders should be reported to the atlas, but what about everything else that you see? At this point there are more than a dozen species that are within safe dates, so any time you see any of the species on the list below in suitable nesting habitat, please report them. This week, we are planning a series of posts to highlight some of these species and to contrast the data we gathered last year with information from the first breeding bird atlas in the 1980s. As we’ve cautioned before, all 2018 data are preliminary as we are still checking records and fixing known errors, but the information provides a good snapshot of what we’ve learned so far.

Species for which we are already within the atlas safe dates, and that should be reported (along with a breeding code) any time they are seen. For the full list of species go here.

One of the species that we are most interested in learning about is the ruffed grouse. This species is well known to have declined throughout southern New England, but the apparent magnitude of the decline has proven surprising even to long-time birders in the state. As the map on the left, below, shows, ruffed grouse were widespread throughout much of Connecticut during the 1980s. In contrast, the species was reported in only eight blocks last summer, all in the far northwest corner of the state, and confirmed in only one.

Breeding atlas reports of ruffed grouse in Connecticut during the 1980s (left) and during 2018 (right).

Clearly, more search effort went into the five years of the first atlas, so a strict comparison cannot yet be made. Nonetheless, there is little doubt that there has been a fundamental shift in the occurrence of this species. Fully assessing how severely the species has declined requires sufficient searching to determine just how rare the species currently is. Now is the perfect time to be looking and listening for grouse, especially in early successional forested habitat early in the day. Hopefully, with enough effort we will find a few more places where they persist. 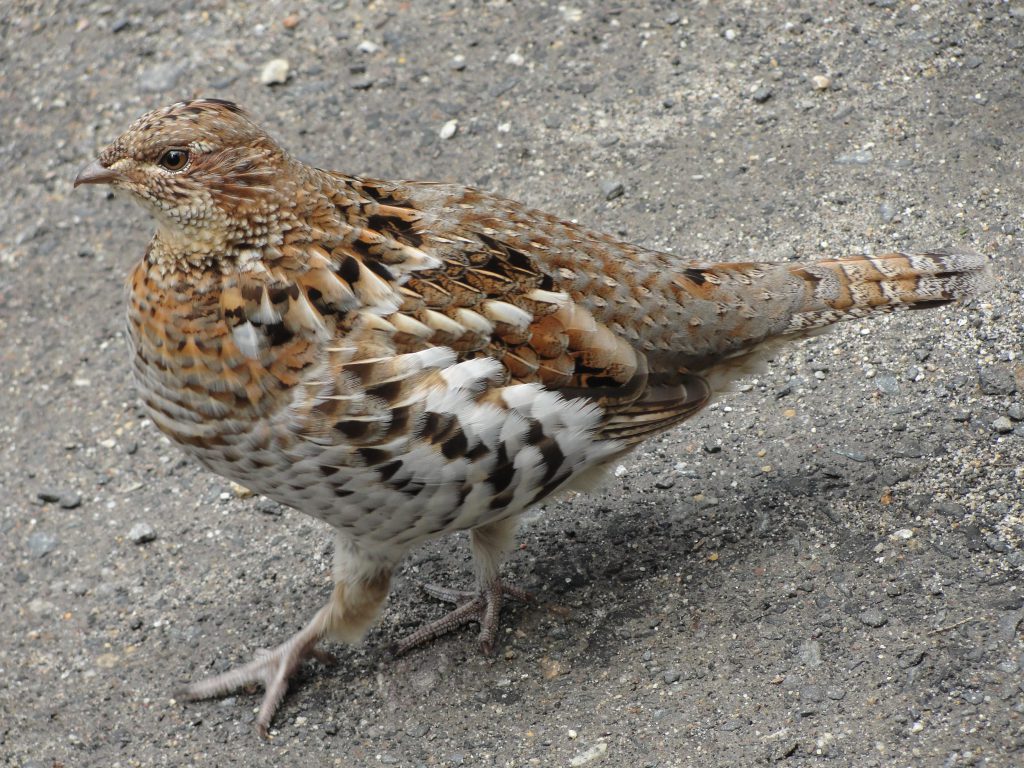 Ruffed grouse, photographed in mid-April 2011, at Boston Hollow in northeastern Connecticut. In 2018, no grouse records came from this portion of the state.