The single most common cause of confusion during last year’s summer atlas data collection, was the use of safe dates. The important thing to remember is that these dates are based on the timing of migration and other non-breeding season movements, and do not describe the period during which breeding occurs. The goal is to filter out possible and probable records that could involve birds that are just passing through a block and will nest elsewhere. For example, ducks can be seen doing courtship displays right now.  Many of these birds, however, will breed 100s of miles from where they are being seen right now and do not represent Connecticut nesting birds. Indeed, some species that are commonly seen displaying in spring have never bred in Connecticut.

Given this rationale, the key things to remember are (1) that you should always report situations when nesting is confirmed, regardless of what the safe dates say, and (2) observations that involve possible or probable breeding codes generally do not need to be reported if they are outside the safe dates.  If you are unsure whether to report something, then go ahead and report it anyway – we can easily filter out the records during our data management work. But, if you do this, remember that the species may not make it onto our block species lists unless it was seen again later in the summer. So, additional reports from later in the year are likely to be valuable.

For some species, we even encourage reporting of breeding records outside the safe dates. American woodcock are a case in point. Because this species is so difficult to confirm, or even find, later in the summer, early season reports of displaying birds are often the only sign that they occur in a block.  Records before mid-April are hard to interpret, however, because they might involve migrating birds en route to northern New England or southern Canada.

For example, compare this map showing records of birds reported during safe dates in 2018: 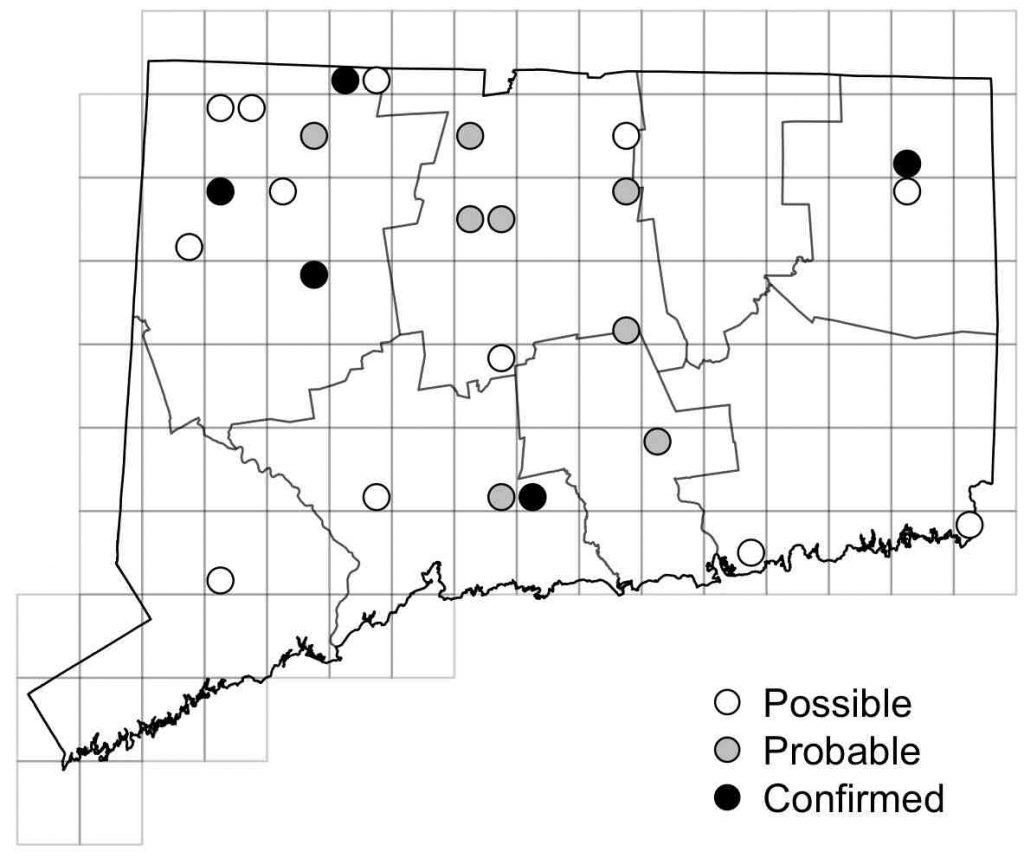 With this one, which also includes records from outside the safe dates: 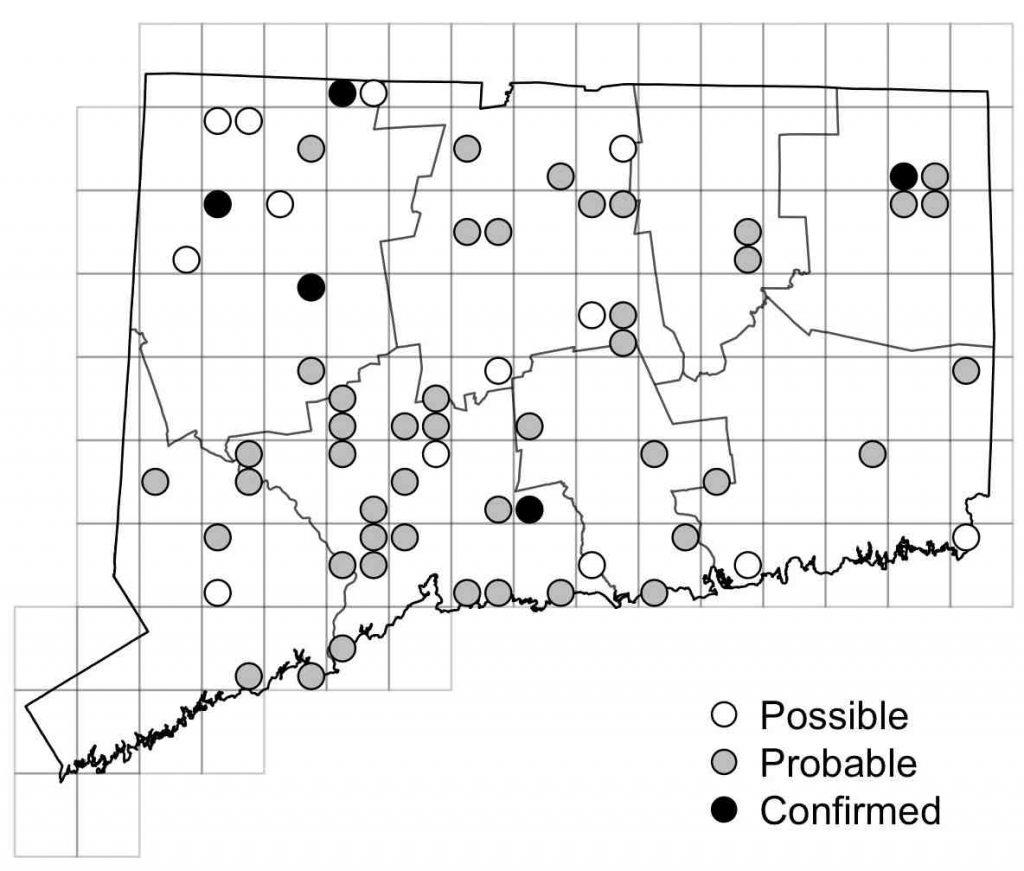 Whether all records in the bottom map involve breeders is uncertain, but for a species that is hard to detect, it might be the better descriptor of the species’ distribution in the state. For woodcock, and other species that will be hard to find later in the year, we encourage the submission of early records of displaying birds (breeding code C), so that we can present data in both ways.

Now is the perfect time to observe woodcocks, and there are many blocks without any records. So, we encourage everyone to visit any overgrown fields in their block at dusk and to watch and listen for these amazing birds (see also this blog post from last year). And, if you find some, consider returning shortly after April 15th, to try to observe them again within the safe dates.