Last summer I wrote a blog post highlighting 12 species that it should be possible to confirm as breeders in almost all atlas blocks.  That list is reproduced here:

In the past two days, I’ve confirmed breeding in the first three of these species, and by now it should be possible to confirm any of them. Even common yellowthroats, which have only just returned to the state (and are still well outside the safe dates because migrants are still passing through) are likely to be starting to nest. 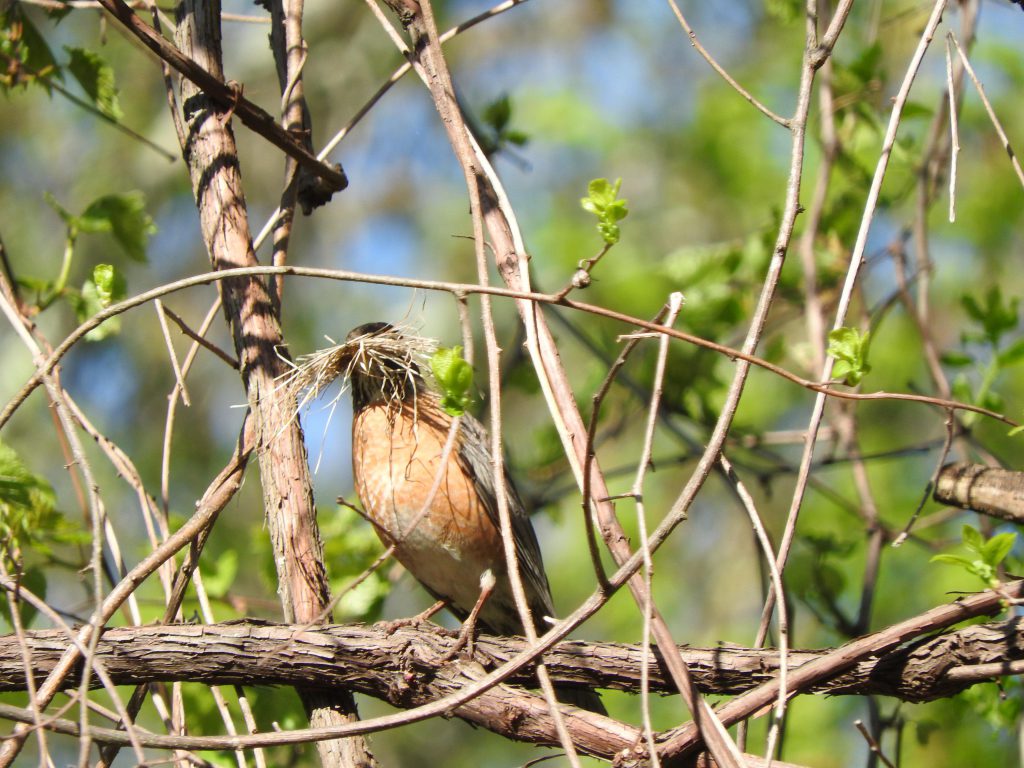 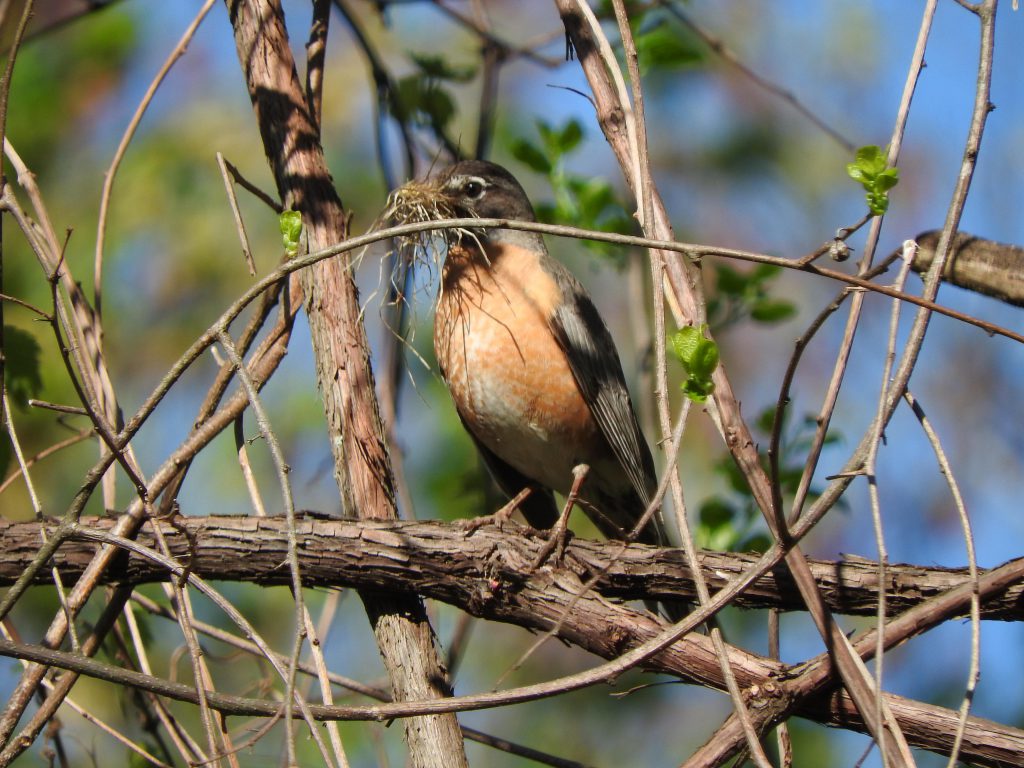 It’s a good time then, to take stock and see how good our coverage is for these common species because that will say a lot about how good our coverage is overall.  I recently posted comparison maps for chickadees and titmice, and these show that detections are widespread, but confirmations less so.  Equivalent maps for American robins are even more encouraging, with a large number of confirmed blocks: 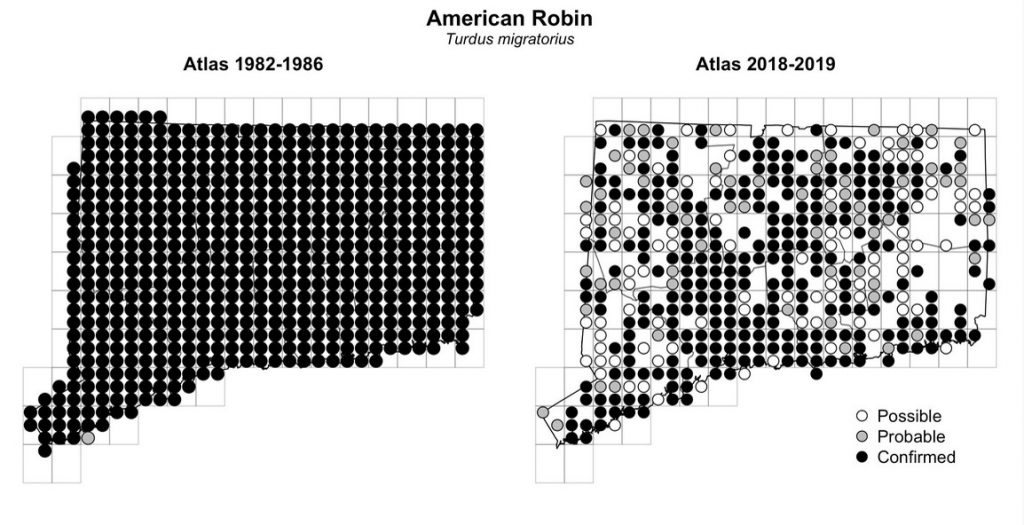 Breeding atlas reports of American robin in Connecticut during the 1980s (left) and during 2018 (plus the first few records from 2019, right).

Nonetheless, there are many blocks where breeding has not been confirmed, and a lot with no records at all.  The latter are concentrated in the east and north of the state, where we know there is less birding activity – and highlight the need for more observations in these areas. But the progress made so far is very encouraging, and by focusing on areas where we know we lack records, we can make this summer’s field work even more efficient.