On Friday, I wrote a post about how we determine whether blocks are “complete” for the breeding portion of the atlas project – using a combination of the time spent in the block, the number of species found, and the number of those species for which breeding is confirmed.

Probably the hardest of the three criteria to meet is the last one, simply because it is harder to confirm species than to simply find them. The two graphs below illustrate this problem.  The first shows how the number of species found in a block  increases with the amount of time spent birding there (each dot represents a different block; the red line shows the average relationship): 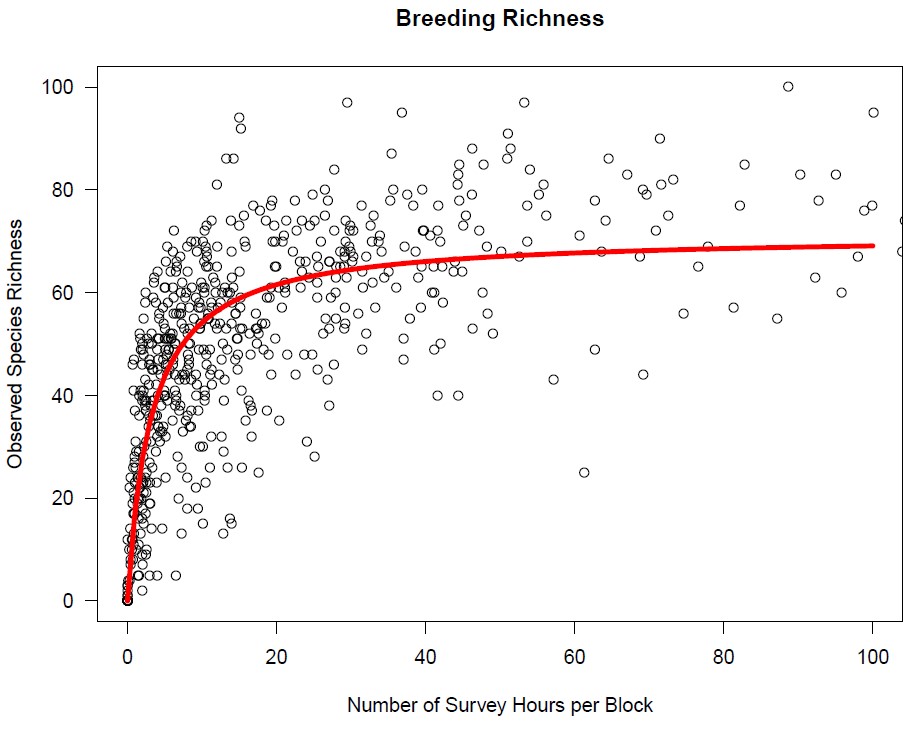 As you can see, the number of species increases rapidly during the first 10-15 hours of survey work, then slows rapidly, increasing very little after getting to the 20-hour mark. This is why we encourage people to move to a new area once they have spent 20 hours in a block.

The second graph shows a similar pattern for the number of confirmed species in a block: 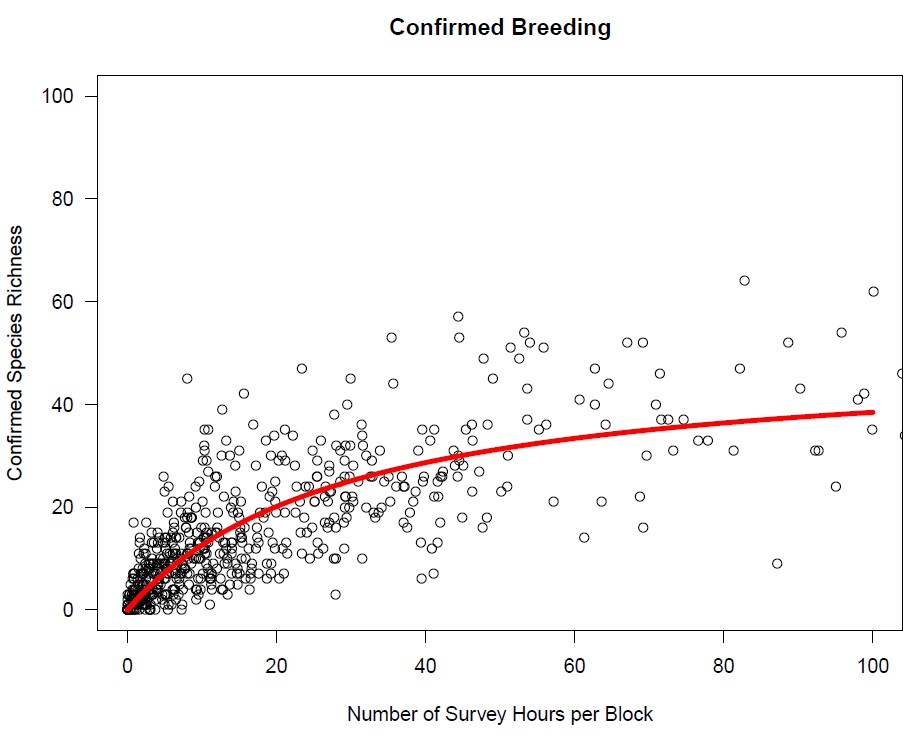 Again, there are diminishing returns, but there is a much more gradual accumulation of species.  As for species discoveries, most confirmations happen within the first 20 hours, but there are steady additions long beyond that point. This graph also shows a dense accumulation of data points in the bottom left corner – demonstrating that most blocks have fewer than 15-20 confirmed species, even though the first graph shows that a typical block has over 60 species recorded.

One of the main priorities for the atlas moving forward, then, will be to focus attention on confirming breeding. The key to doing this is partly about spending time in the field, as the graph above suggests, but it is just as much about sitting in place and watching patiently. Fortunately, this is something that can be done anywhere.  To date, for instance, I’ve confirmed well over 20 species just in my (not especially impressive) yard. So, even as many of us settle in for a summer of reduced travel, there’s lots that can be done to contribute to the atlas, right from the comfort of home.