Working as an ornithologist, one of the most common questions I get from the public is about the birds that build nests on people’s homes. When someone describes the nest they’ve found, they frequently say that they are placed on top of a light fixture, on a beam under a deck, or on some other similar structure. These nests usually turn out to belong to eastern phoebes. 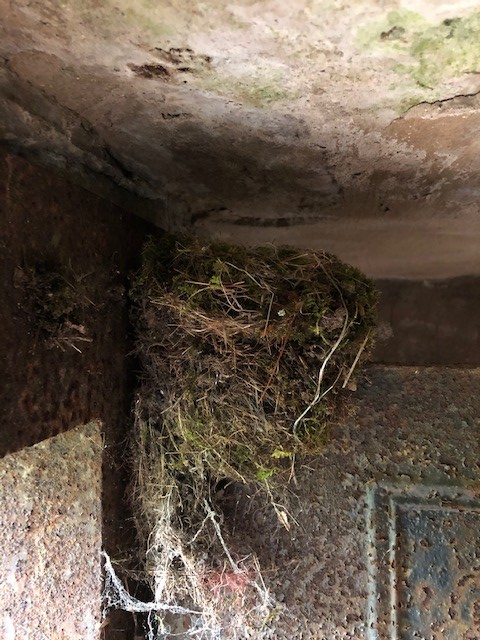 Confirming eastern phoebes, then is quite easy. Even if you don’t have them nesting in your yard, their nests are not usually hard to find. I regularly discover them on signboards or outhouses in state parks. And, any time I see a phoebe flycatching near a bridge over a creek or small river, there’s usually a nest to be found underneath.

Most nests still have eggs right now, but soon those eggs will be hatching, and once the adults start going back and forth with food for their chicks the nests will become even more obvious. 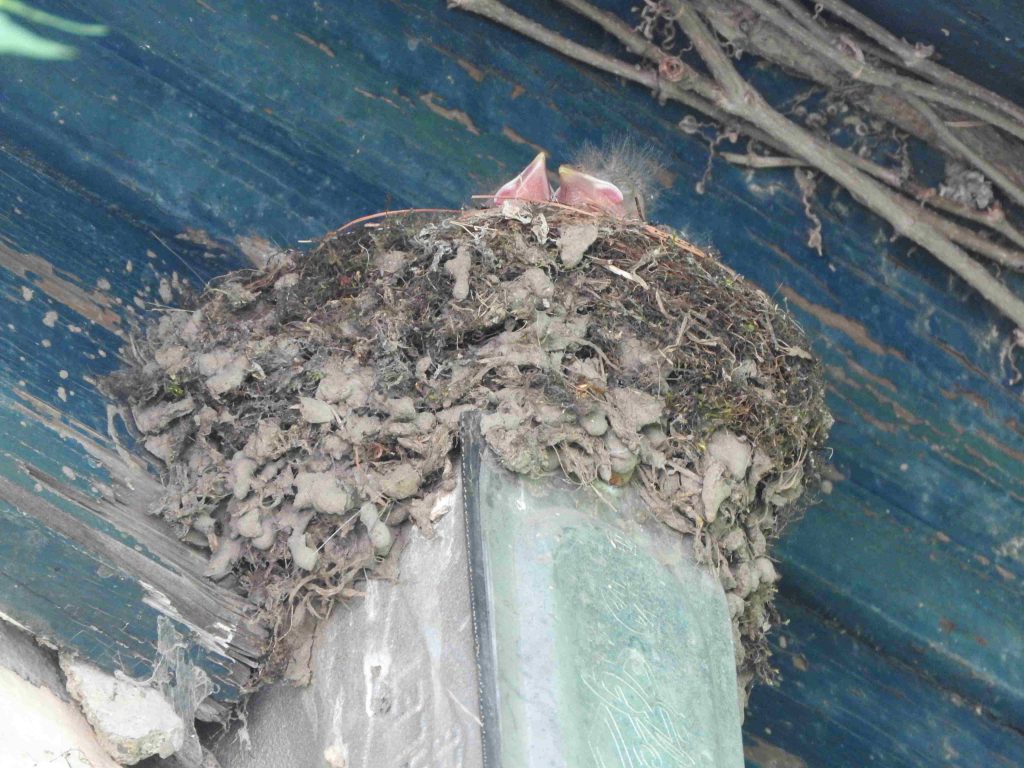 Right now, we have phoebe records from a large proportion of atlas blocks, but there are still a lot of gaps, and nesting has only been confirmed for a minority. If you have phoebes nesting on your home or outbuildings, or if you come across a nest elsewhere, please report it to the atlas using one of the methods described on the web site. 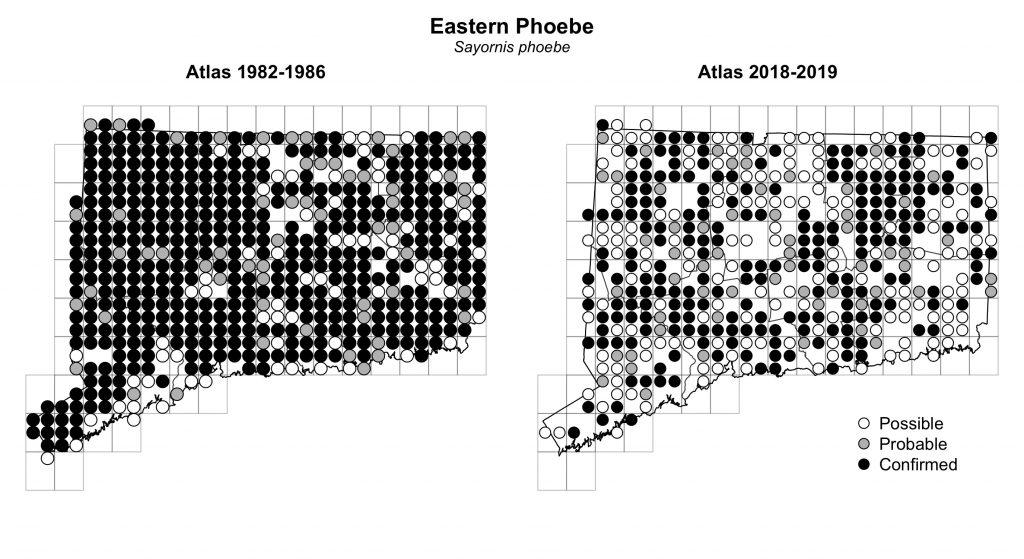 Breeding atlas reports of eastern phoebe in Connecticut during the 1980s (left) and preliminary data from 2018-2019 (right).