Today, we finally completed a long overdue update of the breeding statistics and species lists on the block map on the atlas web site. Other work commitments during the spring resulted in a long backlog of submitted data that needed to be reviewed before being added to the atlas database, and it took until this weekend to get through it all.  The species lists should still be considered preliminary because we have additional checks to do, have lingering checklists that require follow-up questions, and have a few things to add that are still buried in my email. But for short-term planning purposes, these updates should be pretty good.

Recently,  I wrote about our criteria for determining whether breeding survey work in a block should be considered sufficient. Below are updated versions of the completion map and the map showing the number of species reported in each block. These maps show the areas that require the greatest effort still.  The last map shows the number of confirmed species in each block and illustrates the potential to contribute important observations throughout the state, especially when the focus is on confirming species.  As we enter into mid-June, confirming species becomes increasingly easy and the next few weeks is the peak period for collecting these most valuable data. 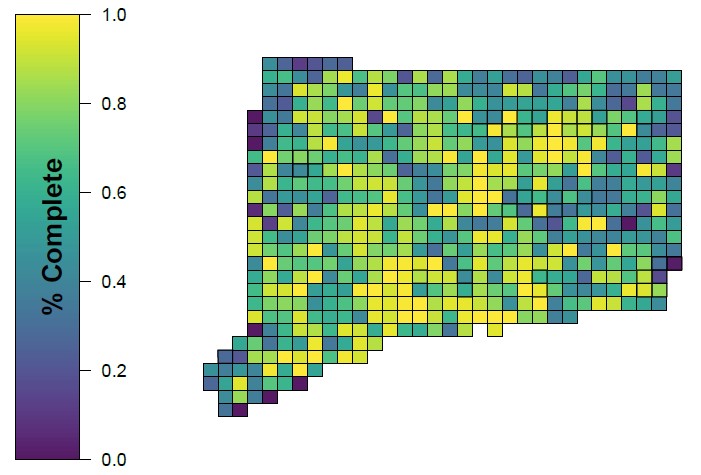 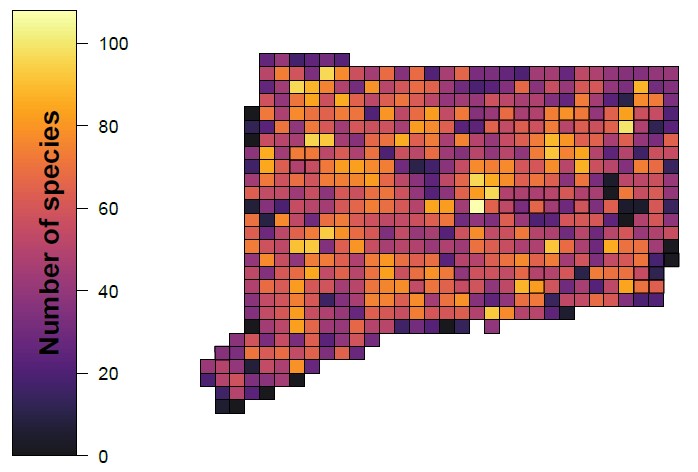 Number of species with breeding evidence reported in each block by early June 2020.

Number of species confirmed as breeders in each block by early June 2020.