This week I was sent a link to a blog post by Gina Nichols, who has been collecting atlas data around Lake Saltonstall, in which she describes her discovery of nesting great horned owls this spring. The post is well worth reading as it describes the joy of regularly birding a site you know well and the discoveries that can be made when doing so. Plus, the photos are fantastic.

Jack Swatt also posted a message recently on the ctbirds listserv, describing his efforts to search for whip-poor-wills and other nightbirds. As Jack noted, now is a great time to be out listening for these species, even if it is just in your backyard – many of our reports of owls, especially great horneds and barreds, come from peoples’ homes.

We’ve written about owls before, here and here, and about other night birds including whip-poor-wills, here. But, I thought it might be a good time to look at the latest maps.  As usual, our maps lag a little behind what people are reporting – and the most recent discoveries mentioned in the posts above are not yet included – but these maps give a sense of what the current data look like. 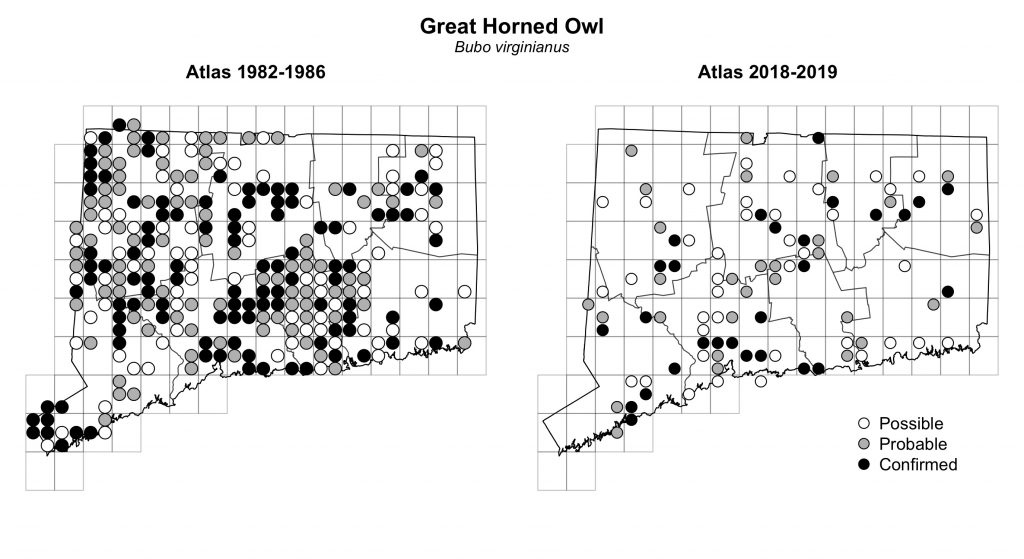 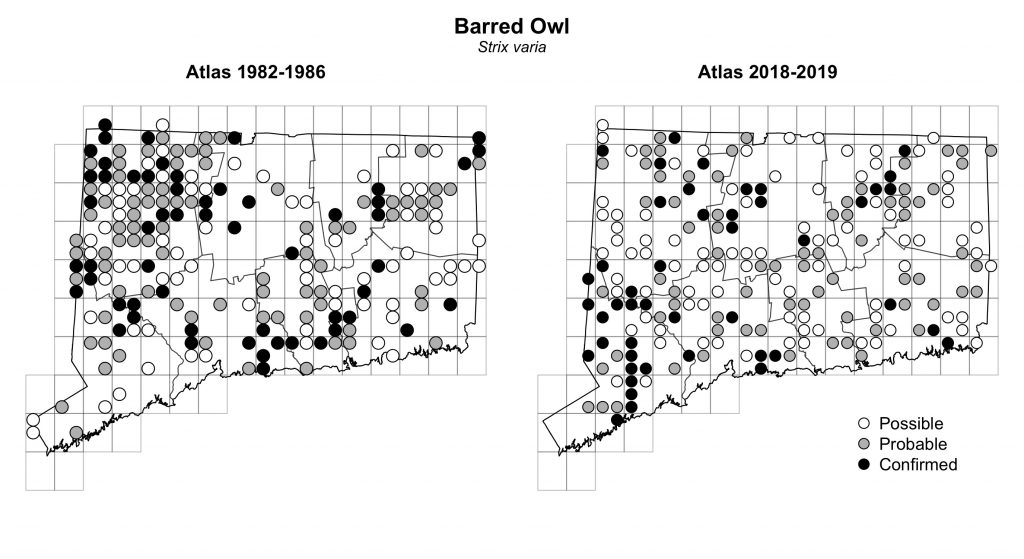 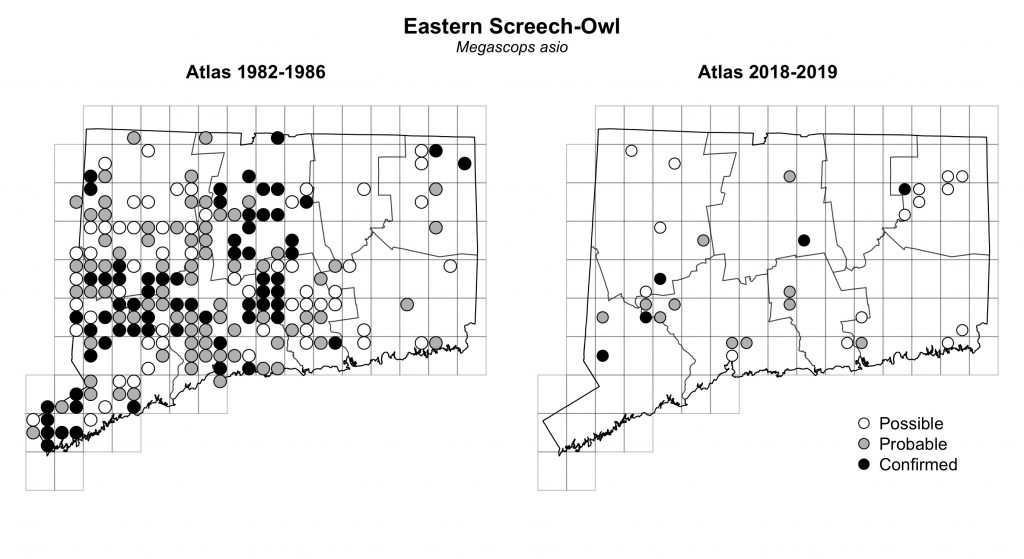 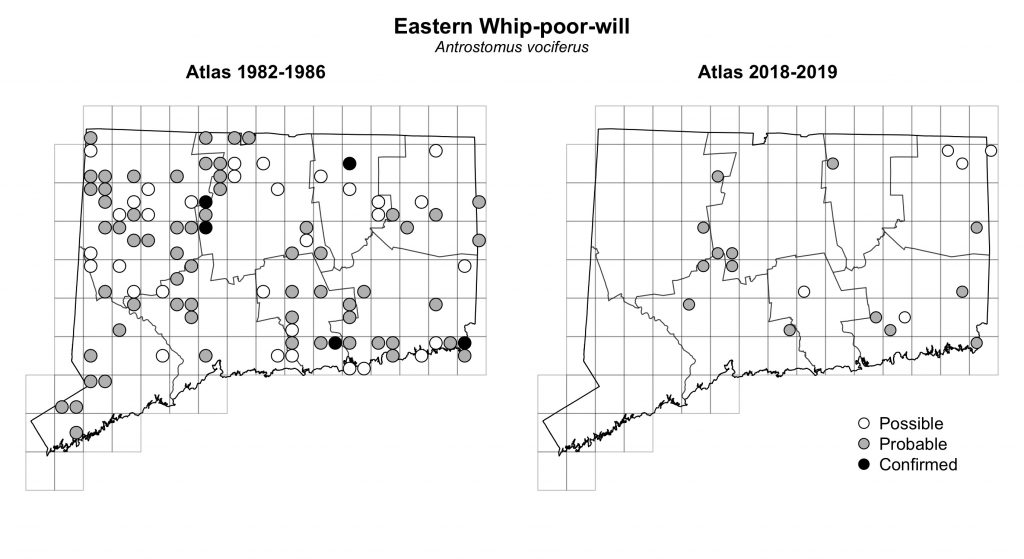 Breeding atlas reports of owls and whip-poor-wills in Connecticut during the 1980s (left) and preliminary data from 2018-2019 (right).

If you do go out, remember to listen for rarer species as well – and to document them, ideally with recordings (which can often be made with a phone), if you hear one. This spring we’ve had reports of long-eared and northern saw-whet owls, although we are not distributing any information on the locations of these rarer species given the risk of disturbance.