Our recent posts have focused on the goals of filling gaps and improving confirmation rates this year. Gray catbirds are one of the most widespread summer birds in Connecticut and have already been recorded in most blocks. As the maps below show, this was also true in the 1980s. The map comparison however, highlights the difference in confirmation rates compared to the previous atlas, with many fewer blocks with confirmed breeding in the current project. 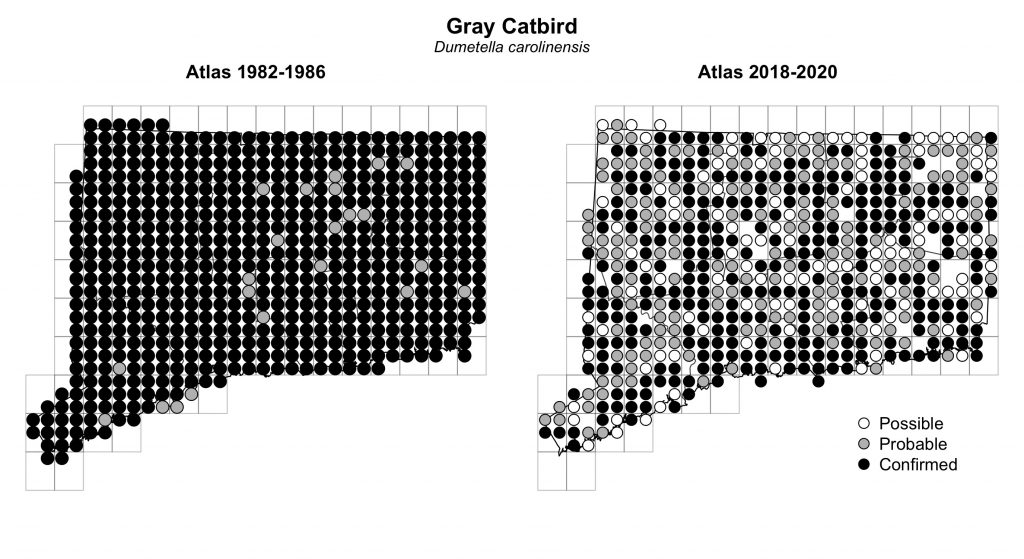 Breeding atlas reports of gray catbird in Connecticut during the 1980s (left) and preliminary data from 2018-2020 (right).

Catbirds are just beginning to enter the period when confirming breeding becomes easy. Birds have been singing (code S) and engaging in territorial disputes (code T) or courtship (code C) for weeks, and seeing birds with nest material (CN) has become increasingly common. Just recently, I’ve also started to see a few birds carrying food that is clearly intended for nestlings – big beakfuls, often carried around for some time, and repeated trips back and forth to the same spot. The incidence of this behaviour will increase over the next month – soon I expect to be seeing catbirds with food for young (code CF) on a daily basis, anytime I’m in suburban or rural areas.

And, it won’t be long before youngsters start to emerge from the nest, looking a lot like the bird in the picture below. With a careful look, these birds are easily identified as recent fledglings (code FL), with a fleshy gape at the base of the bill and “loose” feathers that give a “fluffy”, slightly ragged appearance. These are features that often indicate a young bird in most species, although it is worth watching carefully to confirm, as there will often be an adult nearby. The parents will continue to attend to their offspring for a couple of weeks after fledging, continuing to bring them food and to help warn them of danger. 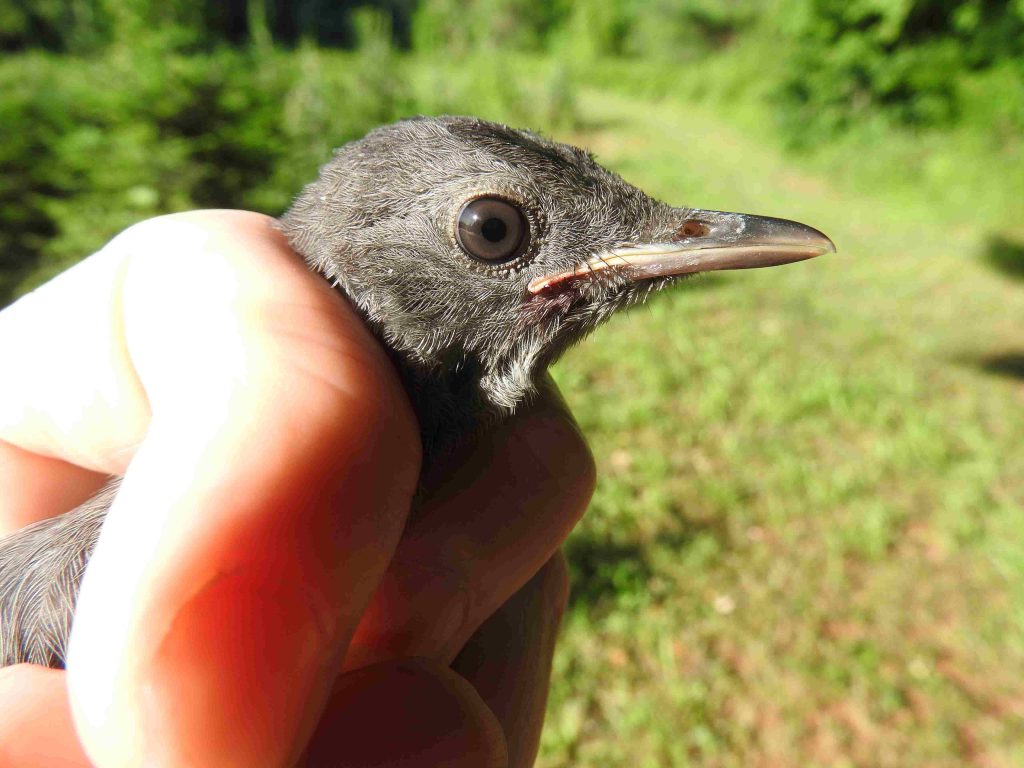 Juvenile gray catbird, photographed during a banding operation, shortly after it fledged from the nest.