Yesterday, Greg Hanisek posted a message on the CTbirds listserve describing his discovery of a warbling vireo nest. His message included the tip that vireos frequently sing while on or near their nest (read the post here).

This behavior has been known for a long time, with reports back to at least 1902 (MM Miller. The Warbling Vireo, a nest singer. Bird-Lore 4:161-162), and a 1987 study found that “Males tend to sing continuously while on the nest and only fall silent toward the end of the incubation period or at the start of the nestling period.” (As an aside, vireos were not marked in this study, suggesting that singing birds were simply assumed to be males – as Greg pointed out in another post, we are learning that female song is much more widespread among songbirds that was long thought to be the case, so I’m not sure how good this assumption is.)

As Chris Loscalzo mentions, this singing behavior is perhaps surprising as it might draw attention to the nest. I don’t know whether singing increases the risk of predation, but eastern warbling vireos are know to puncture cowbird eggs and eject them from the nest, so brood parasitism is not a problem. (Interestingly, this is the not the case for western warbling vireos, which often raise young cowbirds.)

Warbling vireos are widespread in Connecticut, but with relatively few confirmed records.  So, Greg’s tip for nesting finding is especially welcome. 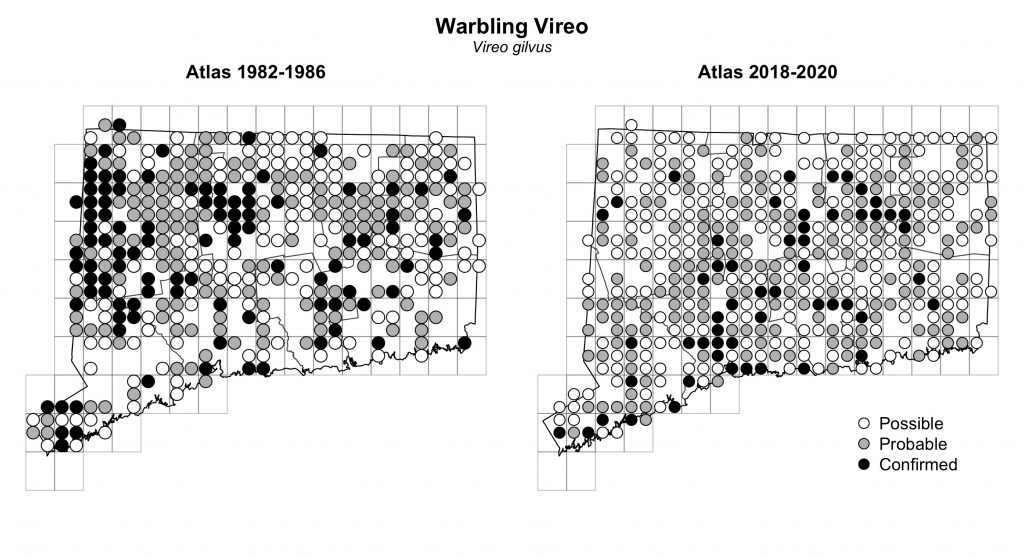 Breeding atlas reports of warbling vireos in Connecticut during the 1980s (left) and preliminary data from 2018-2020 (right).

Unfortunately, I don’t have any photos of warbling vireos, but yellow-throated vireos also sing at the nest. 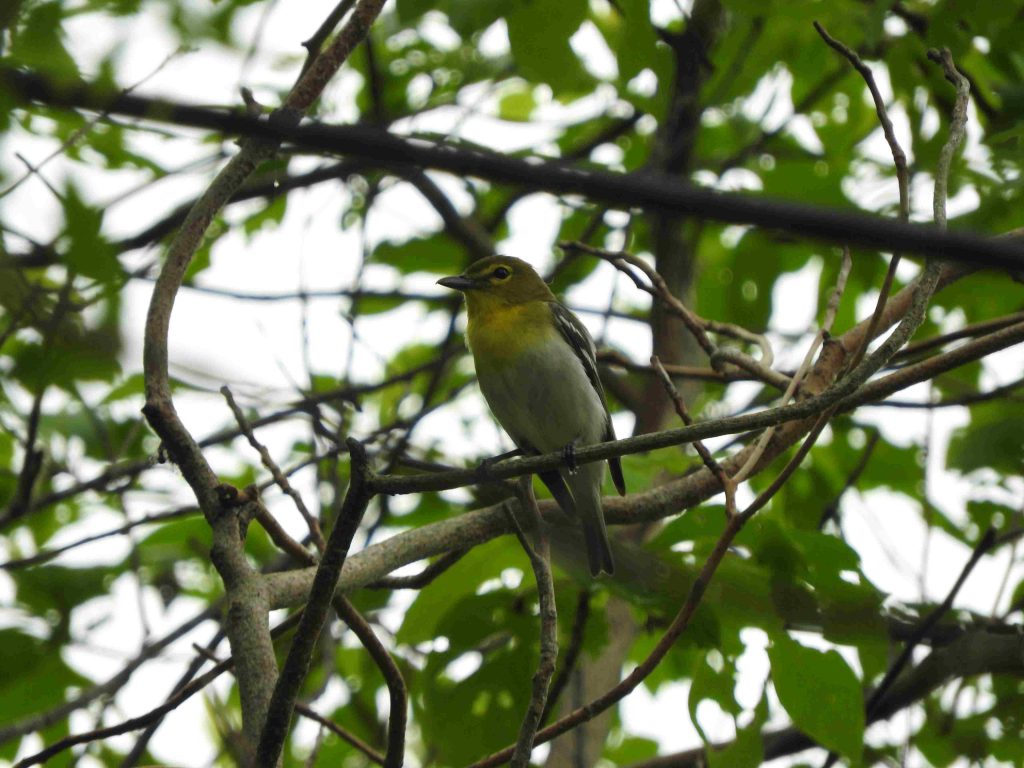 Yellow-throated vireo (not singing, and not on a nest!).

Like warbling vireos, yellow-throateds also have low confirmation rates, as the maps below show: 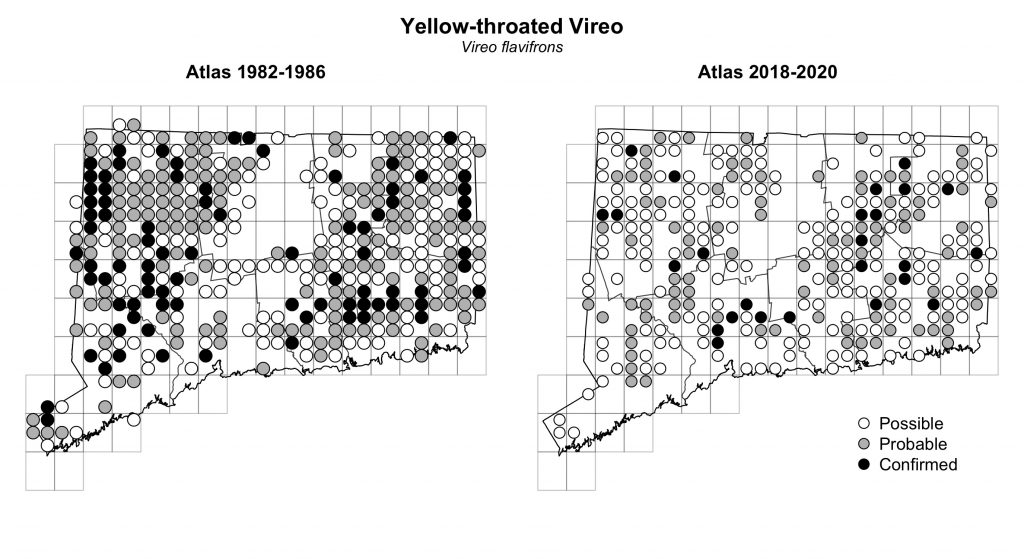 Breeding atlas reports of yellow-throated vireos in Connecticut during the 1980s (left) and preliminary data from 2018-2020 (right).

Part of what makes vireo nests so hard to find, is that they are often high in the canopy – usually in dense leaves far out on a branch. Most of those that I’ve found were so concealed that it was pointless to even try to photograph them. Here, though, is a picture of a yellow-throated vireo nest that I found near my home, early last spring, before the leaves fully emerged: 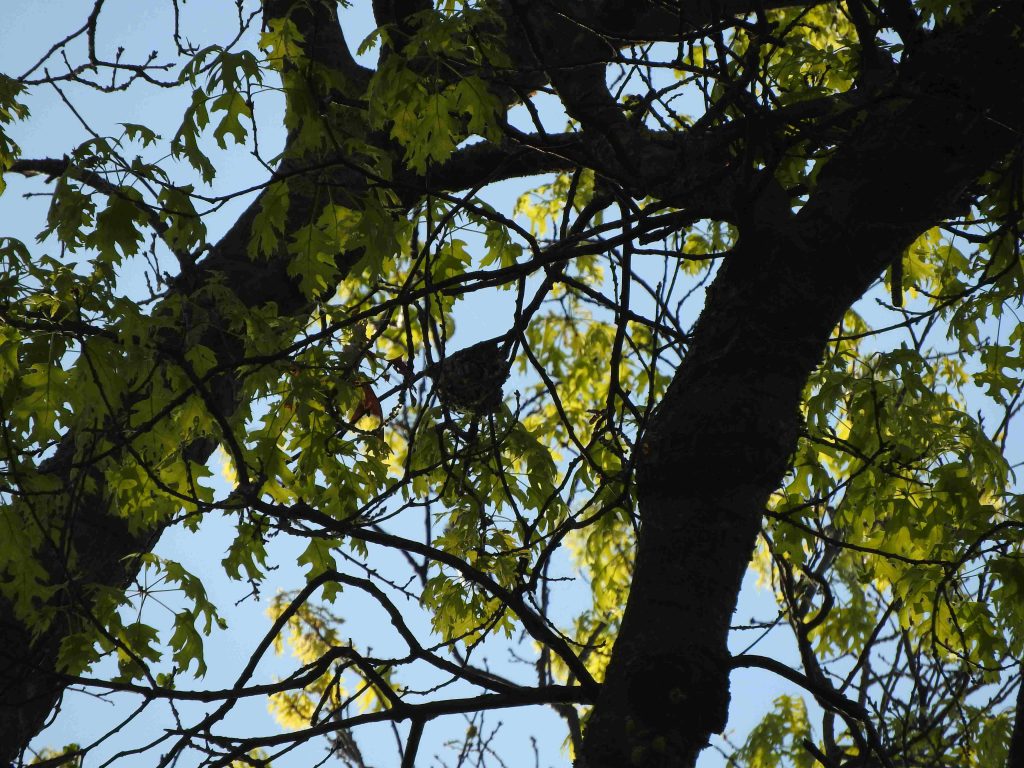