With the start of the third winter of the atlas project, it’s worth a quick recap on where things stand, and what our priorities are.  We currently have very good coverage in some areas, but less good elsewhere – much as things stood with the breeding atlas at the start of this year.  This map, for example, shows the locations from which winter data has been submitted: 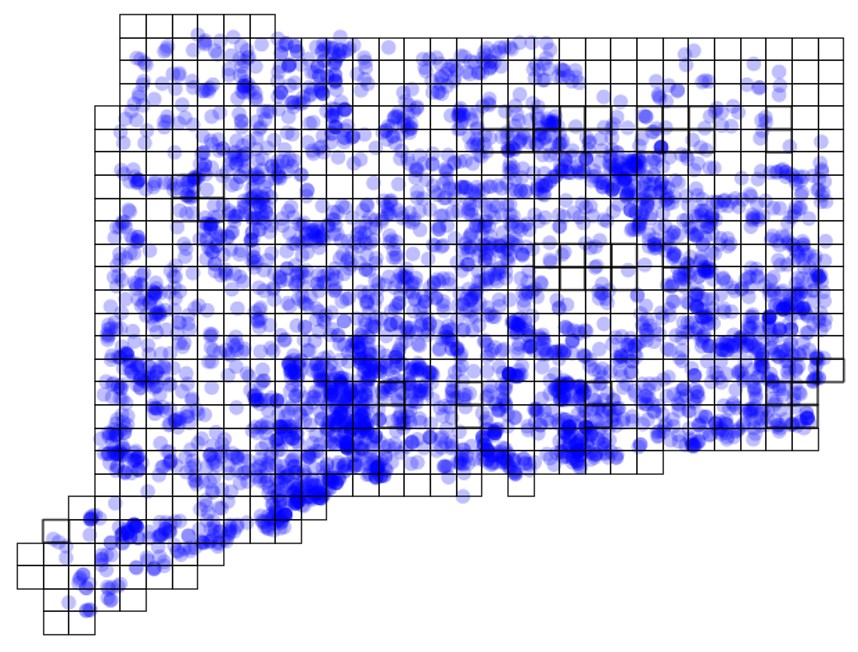 When these reports are translated into the number of hours spent in a block, we see quite a lot of blocks have received the target of ten hours of birding for the first half of the winter (shown here in yellow to indicate that they are considered “complete”); many others, however, have not been visited at all: 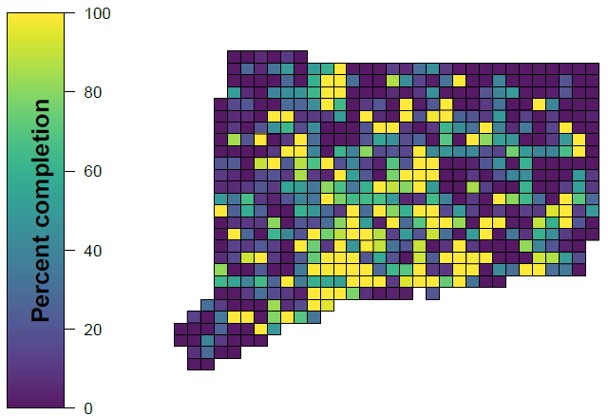 Given the unevenness of survey effort, our bird maps still largely reflect the amount of birding in a block, rather than real differences in what the birds are doing. For example, this map of the number of species found in each block closely mirrors the patterns in the previous two maps – although the expected tendency for more species closer to the coast does appear to be emerging: 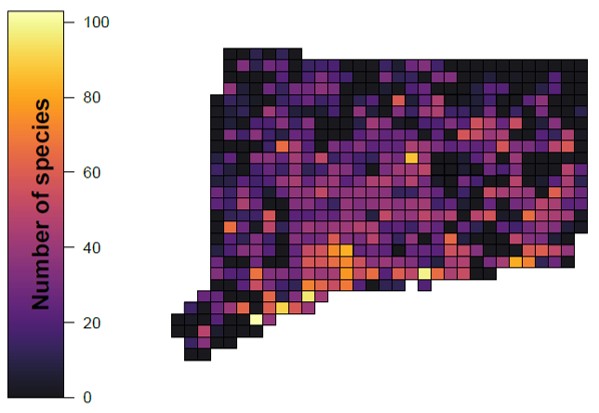 Not surprisingly, the best coverage is in areas where most people live, which will be especially useful for helping us to understand the effects of human development on bird populations.  The converse, though, is that our data are likely weakest for the parts of the state that are least affected by humans – which are perhaps the places where large scale land protection and conservation efforts will bring the greatest benefits.

Our top priority for this winter, then, is to get to where we have at least some survey work in every block. With that in mind, I’ve visited six previously unvisited blocks in the past week. Spending only 2 hours in each, I was able to find at least 20 species in all of them. I also had common redpolls in three, evening grosbeaks in three, five species of warblers, a great close range look at a Wilson’s snipe, and about a million red-breasted nuthatches (ok, not quite that many – and, rest assured, my eBird numbers were carefully tabulated). But, it’s clear that these sites where few go birding, are full of interesting birds just waiting to be found.

(Before I end, I will add our usual caveat that all maps are preliminary, and likely to be incomplete, and that a major review of all data with several layers of quality-control checks is being planned for the final stages of the project.  This reminder is especially warranted as I just discovered that a small batch of records submitted by email last winter has not yet been entered into the database – getting those entered is a high priority for the next week or so.)