Recent discussion on the  Connecticut Ornithological Associations ctbirds listserve (starting with this post from Tom de Boor) has raised the question of whether northern bobwhites remain in the state.  As Dave Provencher and others have pointed out, the species is widely considered to have been extirpated from Connecticut, and there is no longer a wild breeding population. Nonetheless, birds are still seen (or heard) from time to time, as a result of hunting releases.

Both of these things are illustrated in the preliminary atlas maps, shown below. The widespread occurrence of bobwhites, especially in eastern Connecticut, is clear from the 1980s data.  In contrast, the current atlas has only turned up a few, widely scattered, occurrences, and always only indicating possible breeding (usually a single bird seen or calling for a short period) – which makes sense for isolated escapees. 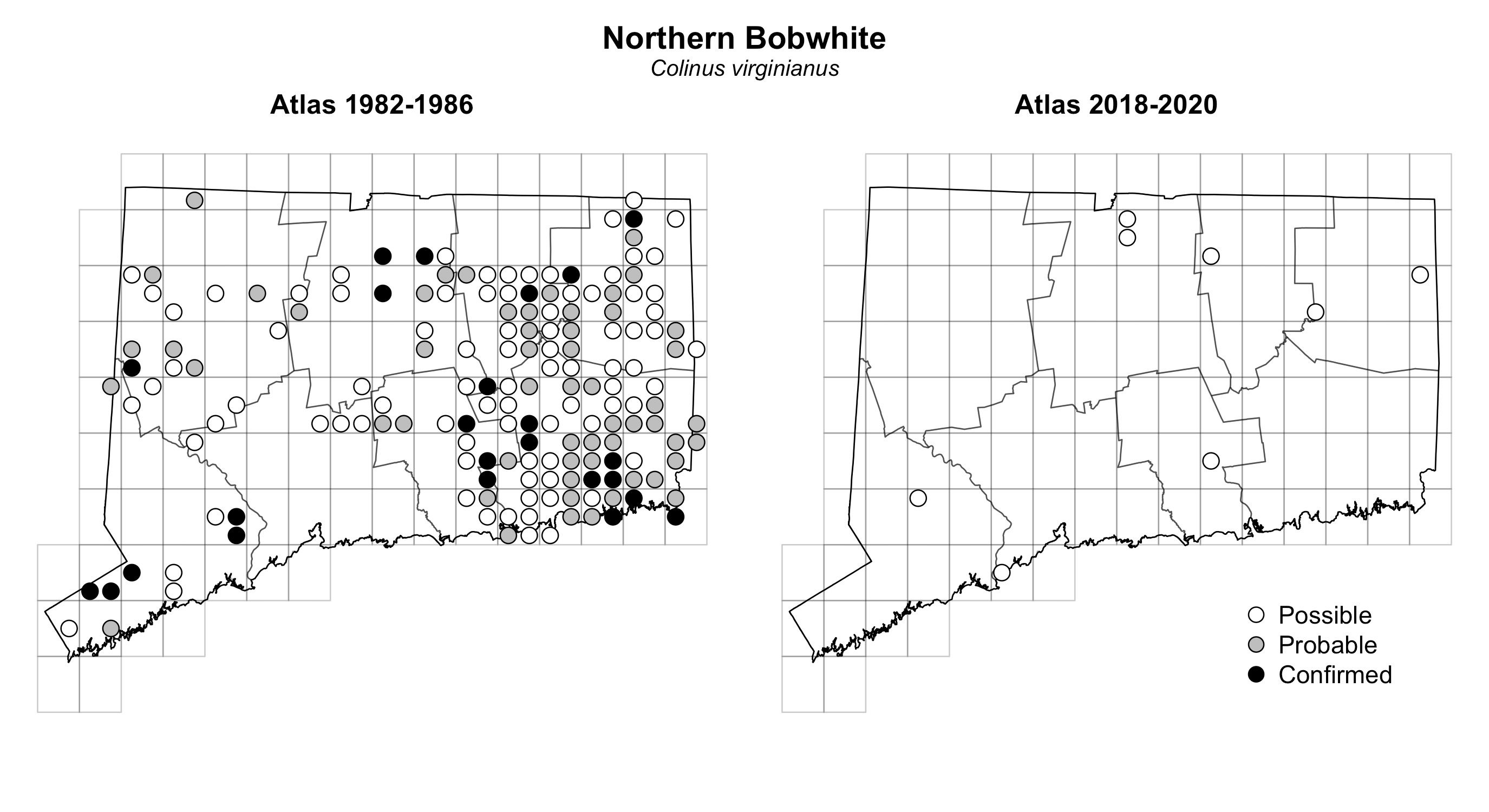 Breeding atlas reports of northern bobwhite in Connecticut during the 1980s (left) and between 2018 and March 2021 (right). All data are preliminary and will be subject to review.