House sparrows are rarely a target species for most birders, but while we wait for the spring migrant floodgates to open, now would be a good time to look for them.

House sparrows have long nesting seasons, and are one of the few species that are already within their “safe dates“. Moreover, despite their apparent ubiquity, the species is one that is known to be in trouble (see this earlier blog post), both in it’s native range (e.g., the last time I was in London, I saw none) and in North America.

Although declines outside a species’ native range are not generally considered to be a conservation problem, they can be disconcerting when they involve a species known for its association with human habitation.  What is it about the environment that means that even house sparrows are declining?

This question leads us to want better information about just how well the species is doing in Connecticut. Atlas data collected so far do suggest that they may have declined since the 1980s, with a surprising number of blocks with no records: 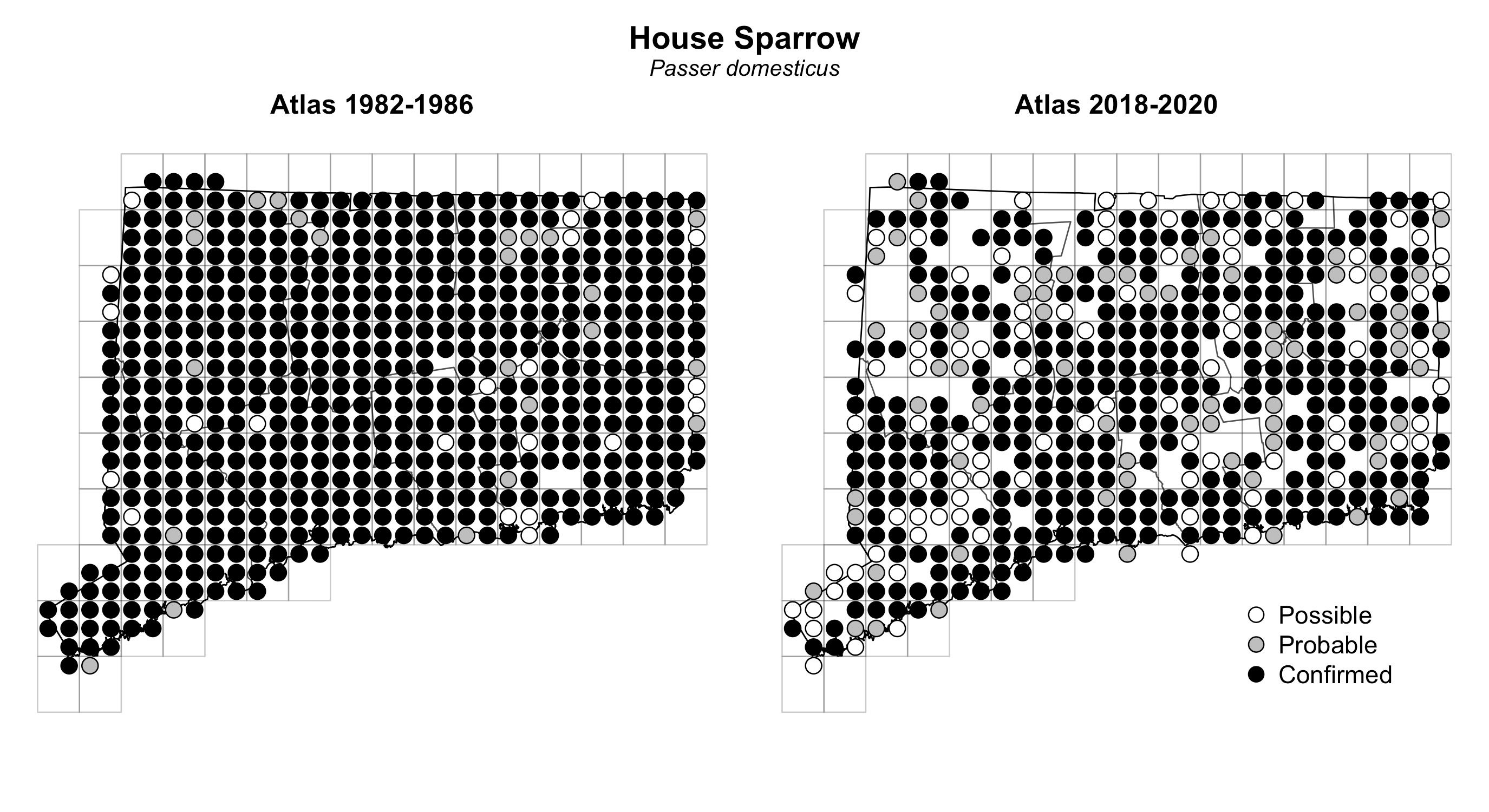 Breeding atlas reports of house sparrows in Connecticut during the 1980s (left) and between 2018 and March 2021 (right). All data are preliminary and will be subject to review.

As always, we are concerned about distinguishing true absence from a lack of survey effort. So, searching for house sparrows in the blocks where they’ve not been found, would be a real help. As the map shows, the biggest gaps are in the northwest corner of the state, but there are scattered blocks that lack sightings statewide. I, for one, plan to head up to the northeast corner of the state next weekend to check blocks near the Massachusetts and Rhode Island borders. Hopefully others will help us check some of the other holes.