Earlier this week, I wrote about the value to the atlas of searching for house sparrows. The next day I had to drive to Brooklyn, Connecticut, so I took my own advice and looked for blocks with no house sparrow records between my destination and home. Sure enough, there were three, and with only minor detours to drive by farm buildings in each block I was able to find the species in all of them, confirming it in one where I saw a bird with nest material.  I also confirmed breeding for house finch in one block, by seeing a female taking nest material into a bush where it was building a nest.

If there’s a species that has an even worse reputation among birders than house sparrows, it is probably rock pigeon.  Yet this is another species for which more data would be especially valuable; so this is my pitch for everyone to spend some time looking for them. 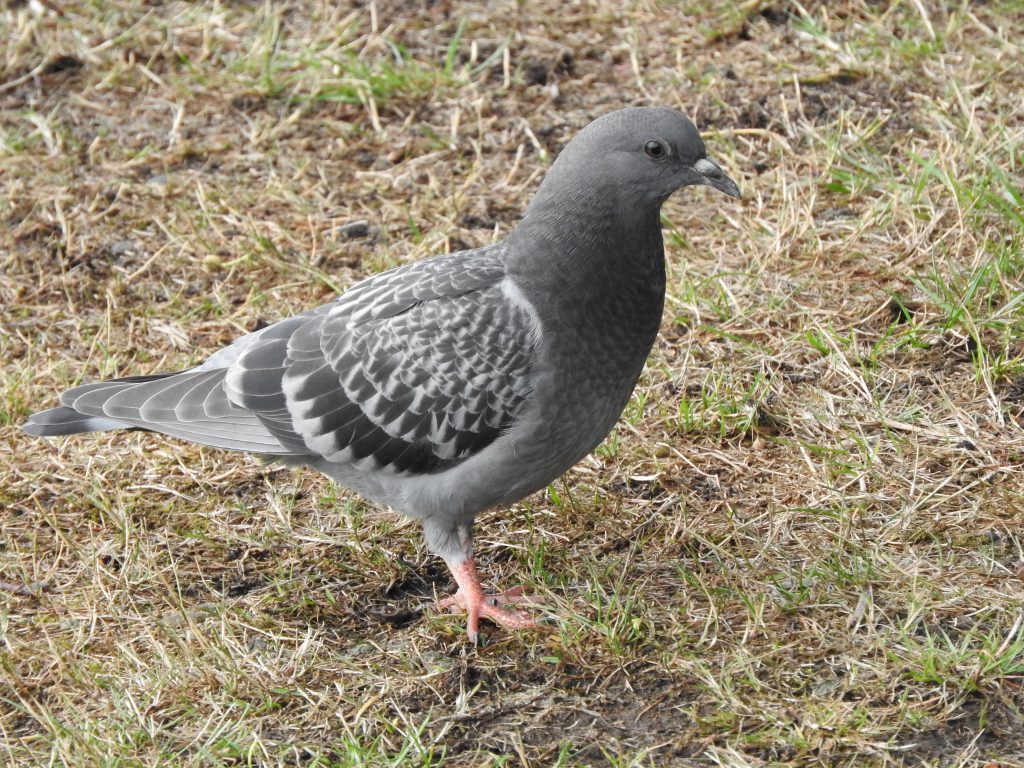 Typically thought of as a city bird – despite their origins as a species of sea cliffs and other wild rocky settings (like the peregrines that have followed them into the cities) – rock pigeons will use a variety of human habitats, nesting in farm buildings, under highway bridges, and the like. In the 1980s, this diversity of habitats was reflected by statewide occurrence and records from the majority of blocks. So far, the current atlas shows a very different story: 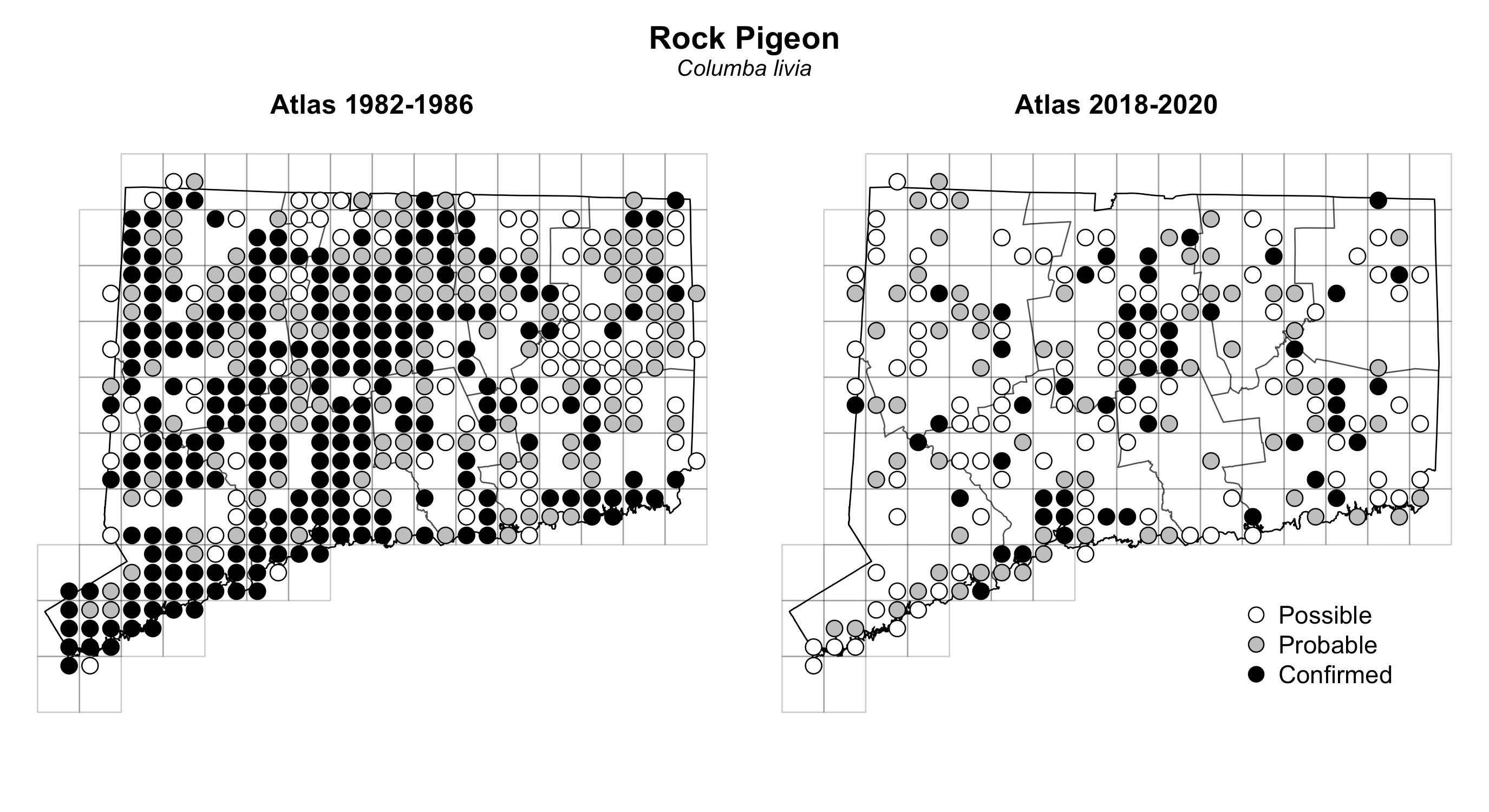 Breeding atlas reports of rock pigeons in Connecticut during the 1980s (left) and between 2018 and March 2021 (right). All data are preliminary and will be subject to review.

There remain many reports from the more urban parts of the state, but few breeding confirmations, and only a moderately sparse scattering of records from elsewhere.  What does this mean?  Are we seeing the effects of farmland conversion to suburbia? Has some other environmental change wrought effects so bad that even pigeons are disappearing? Are people just not reporting pigeons because they don’t think of them as important, since they are not native?

And, to add another twist to the tale, a scientific article published last year (reported on here) revealed that there’s a genetic distinction between birds in the Boston-Providence area and those found from southwest Connecticut to Virginia.  Could that be caused by a decline in rural eastern Connecticut?

A first step to sorting out an answer is to find out if the data truly reflect what is happening on the ground. Rock pigeon is the one Connecticut species for which there are no safe dates, so any sightings should be reported as long as the bird is in suitable breeding habitat. Watch especially for birds engaged in display flights or other courtship displays (breeding code C), or carrying sticks (CN).

Of course, rock pigeons and house sparrows also often occur in similar areas – not just urban centers, but around abandoned warehouses in small mill towns or farm buildings, especially those that house livestock.  So, looking for both species when driving through rural areas can be especially helpful. Indeed, while searching for house sparrows on Tuesday evening I also added rock pigeon to one of the blocks I was in.