Warblers are well into their breeding season. For example, this morning in Eastford, I watched a female Blackburnian warbler gathering cobwebs and small twigs, while a male sang nearby. Nearby, I also saw both black-and-white and yellow warblers carrying food back to their nestlings. Most warblers, however, have fairly specific habitats, and are unlikely candidates for the list of species that could be found in any block.

Nonetheless, based on the 1980s atlas data there is one warbler species that fits the bill: the common yellowthroat. The current atlas data also support this idea, with records in a large majority of blocks across the state: 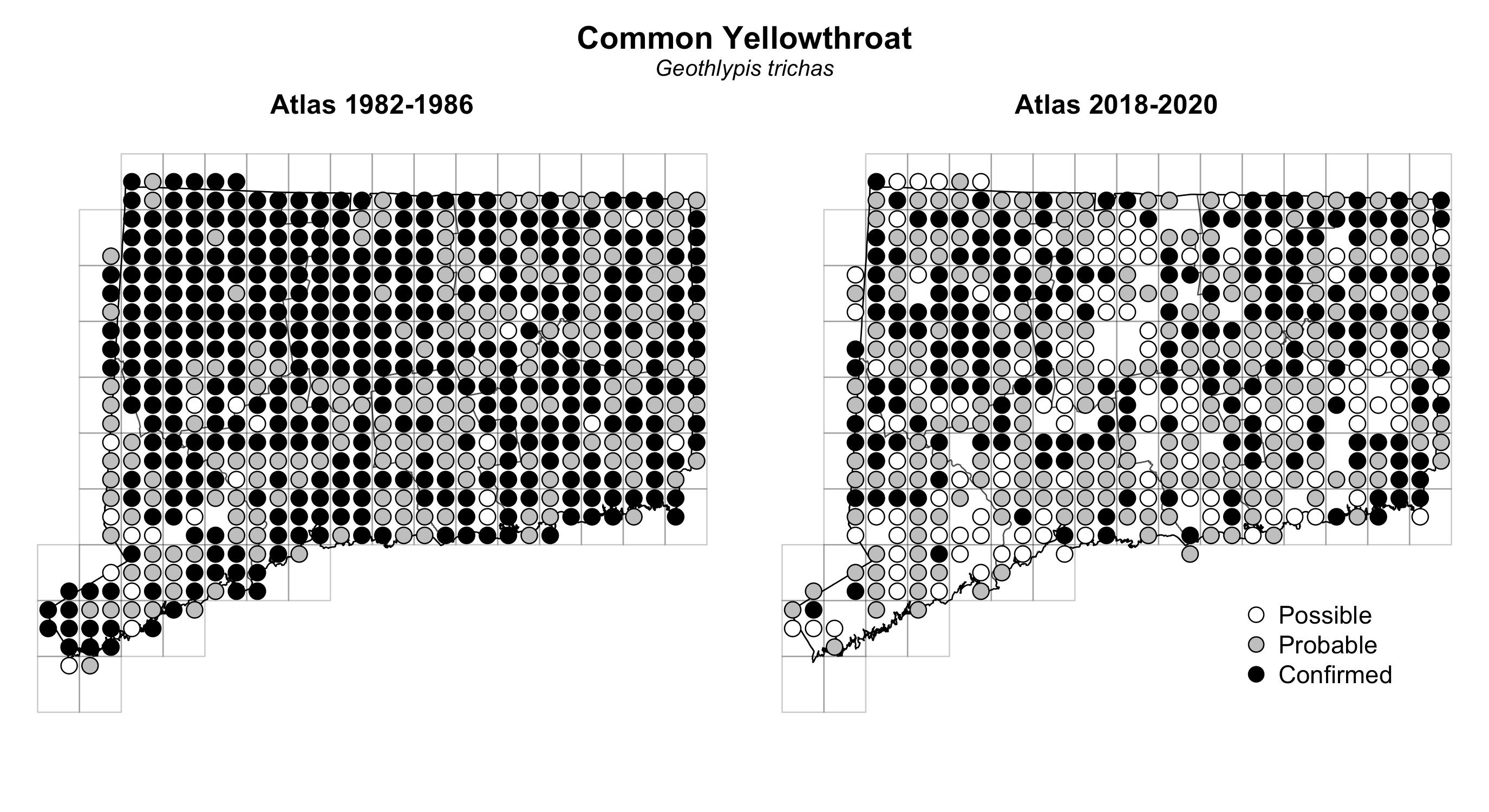 Breeding atlas reports of common yellowthroats in Connecticut during the 1980s (left) and between 2018 and May 2021 (right). All data are preliminary and will be subject to review; a few of the most recent reports may not yet be included in our maps.

There are still gaps – and, interestingly, many appear to be in more built-up areas near the coast and in the central valley.  Whether this is really the case will, hopefully, become more apparent as survey coverage increases this summer.

The yellowthroat map also shows far fewer blocks in which breeding has been confirmed. But, that will also likely change with increased searches over the next couple of months. Although it is still early for it to be easy to confirm warbler breeding, by July there will be many birds ferrying food back and forth to nests, and small family groups moving around in a variety of overgrown habitats throughout the state.