Most of my birding this spring has been focused on visiting unclaimed blocks with no data from 2018. This morning, though, I did not have a lot of time, so I set out on a more specific quest.

Last year, I found most of the expected breeders in the block my house lies in, but at the end of the summer I had still been unable to confirm quite a few of them. Four of these – red-eyed vireo, blue-gray gnatcatcher, American redstart, and black-and-white warbler, are regular in a small reserve a few minutes walk from my home, so my goal was to see if I could find stronger evidence.

All four of these species are widespread in deciduous woodland across much of the state, although occurrence is consistently lower in the more suburban central valley and southeast corner: 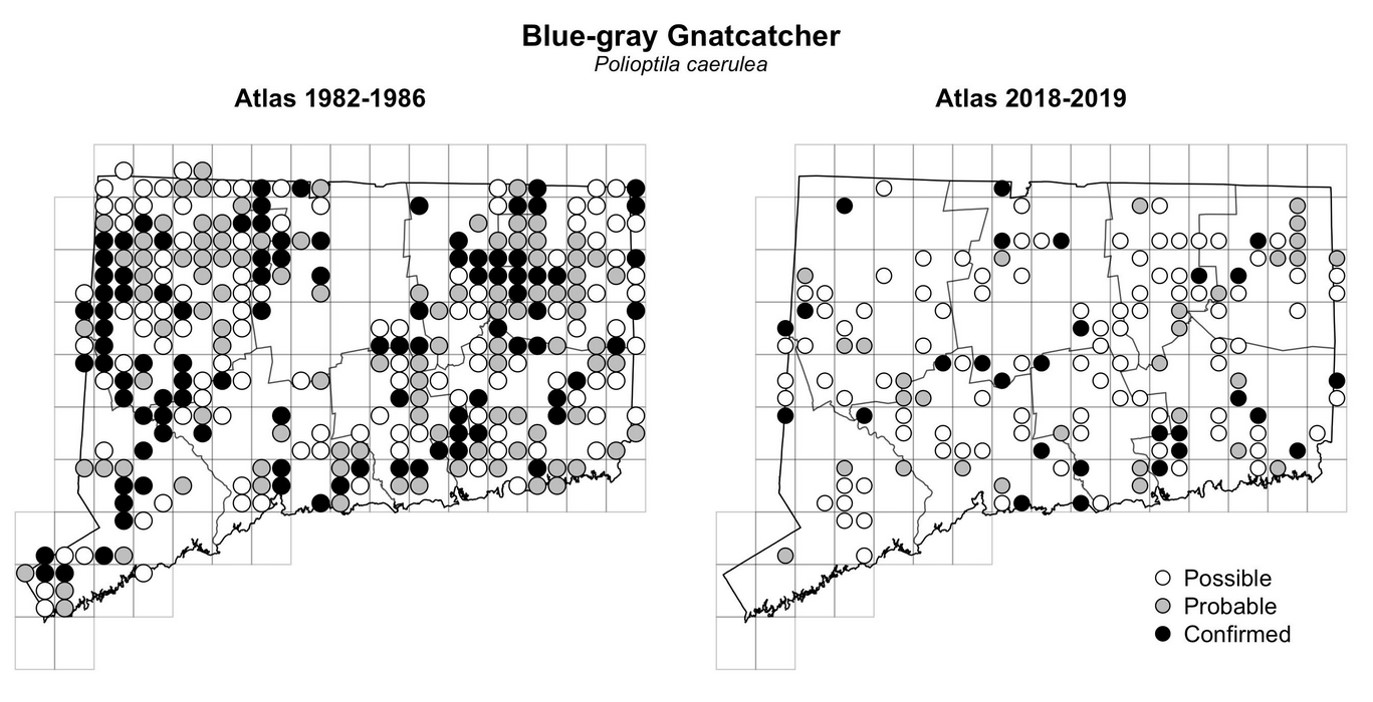 Detections of these species in the current project are all far fewer than in the 1980s, although this is undoubtedly largely due to the fact that we are only one year into the current project. As with many of the comparisons we’ve recently shown,  these maps emphasize the value of getting out and trying to fill gaps, as a way to determine whether they really are gaps.

Back in my home block, last year I found evidence of probable breeding for the vireo and redstart, but only possible breeding for my other two targets. By the end of my walk this morning, I had seen a pair of gnatcatchers (code P), heard black-and-white warblers singing in 4 spots where I heard them over a week ago providing evidence of territoriality (code T), and found a redstart building a nest (code NB). 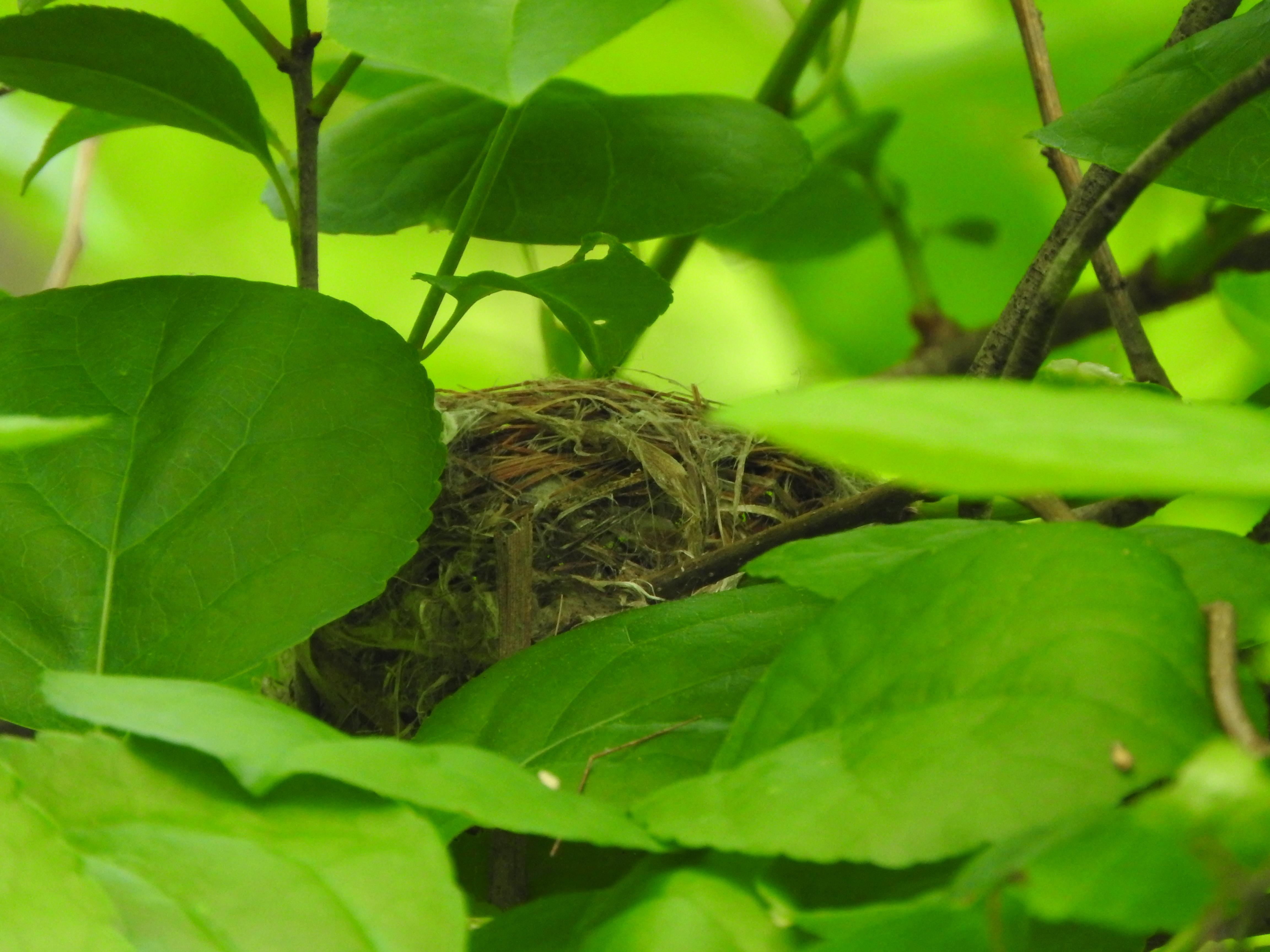 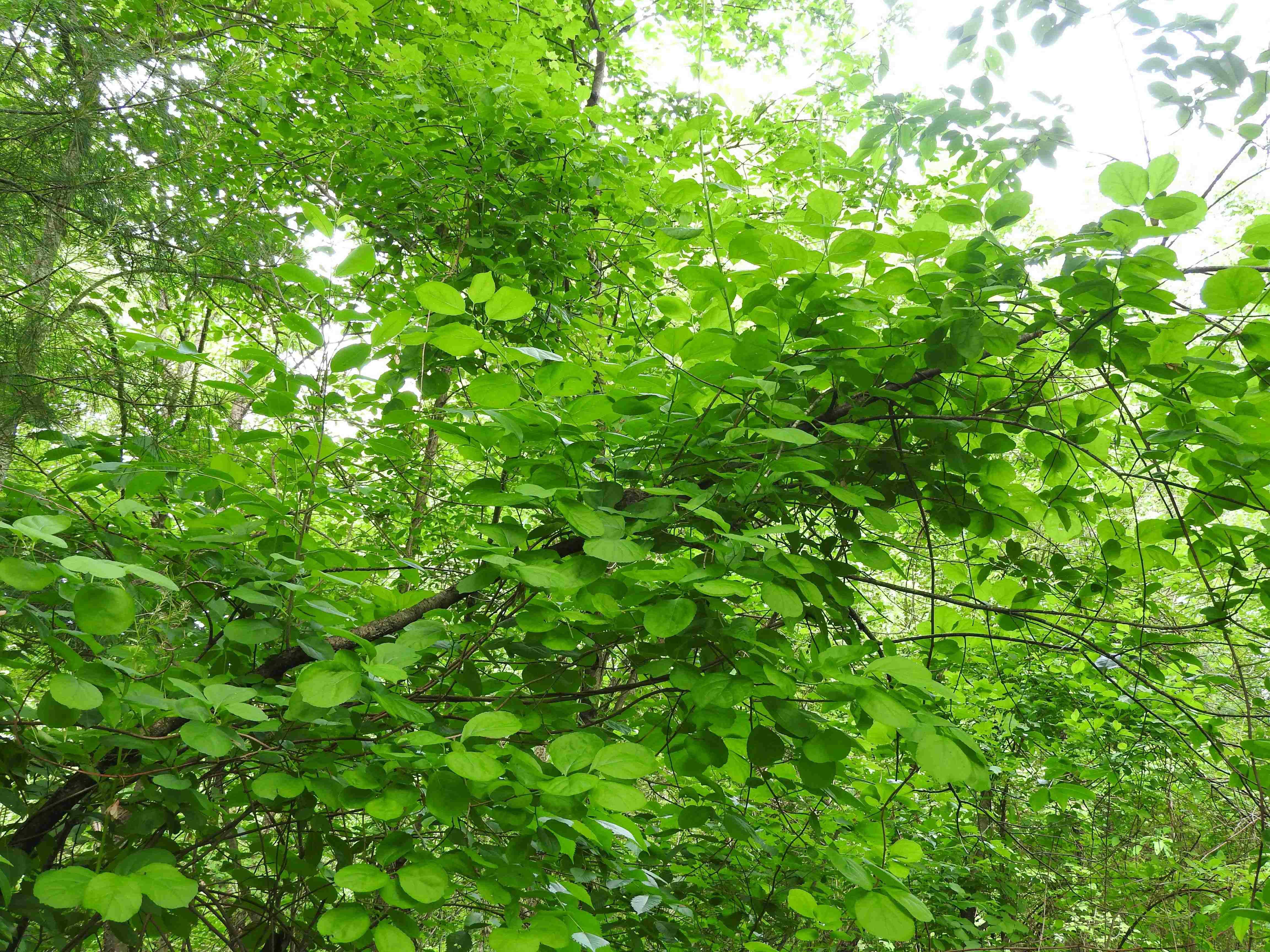 The American redstart nest shown above is almost exactly in the center of this photo, right on the main branch, about 8-9 feet above the ground.

I clearly still have things to find, even right by my house, but this morning shows that even a short walk can usefully add to the atlas database.