Many recent messages on the CTbirds listserv have mentioned the use of nest boxes, and just this week the chickadees nesting by my backdoor hatched their young. It’s a good time, then, to remember that nest boxes can make it easy to confirm breeding for a variety of species. And, that incidental records of birds in boxes can really help fill gaps for a number of species. 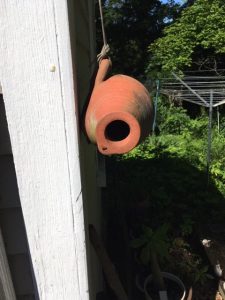 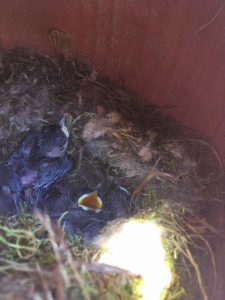 Left: Not a conventional nest box, but that has not stopped a pair of chickadees from nesting in it, even though it hangs right by my backdoor. Right: Black-capped chickadee nestlings.

Bluebirds, of course, use boxes, but so do tree swallows, house and Carolina wrens, and sometimes other cavity nesters such as titmice, nuthatches, and even great crested flycatchers. Purple martins, with their apartment-complex boxes, can be added to the list. And house sparrows too, much to the chagrin of many … but the job of the atlas is to document, so we want those reports too! 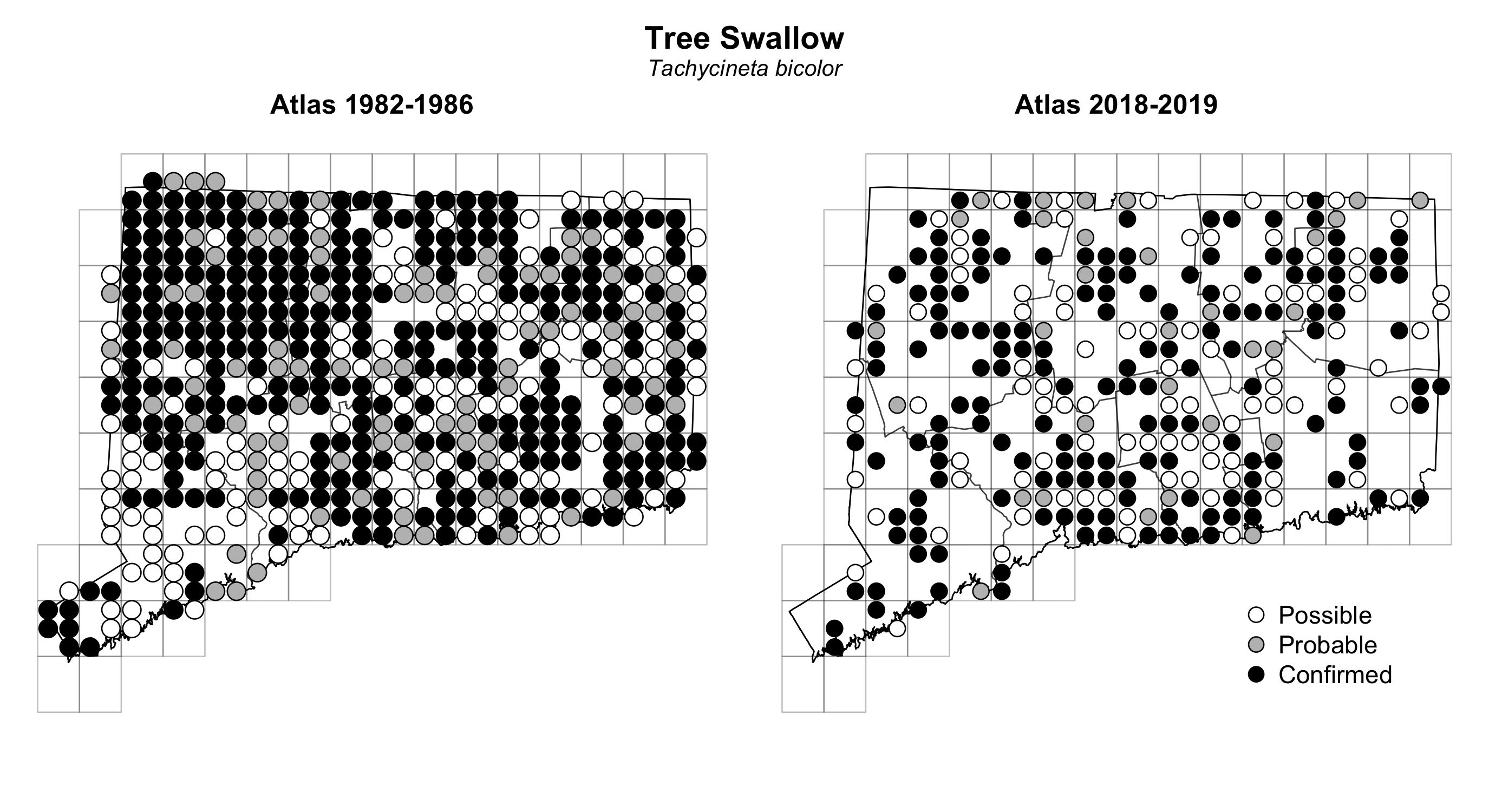 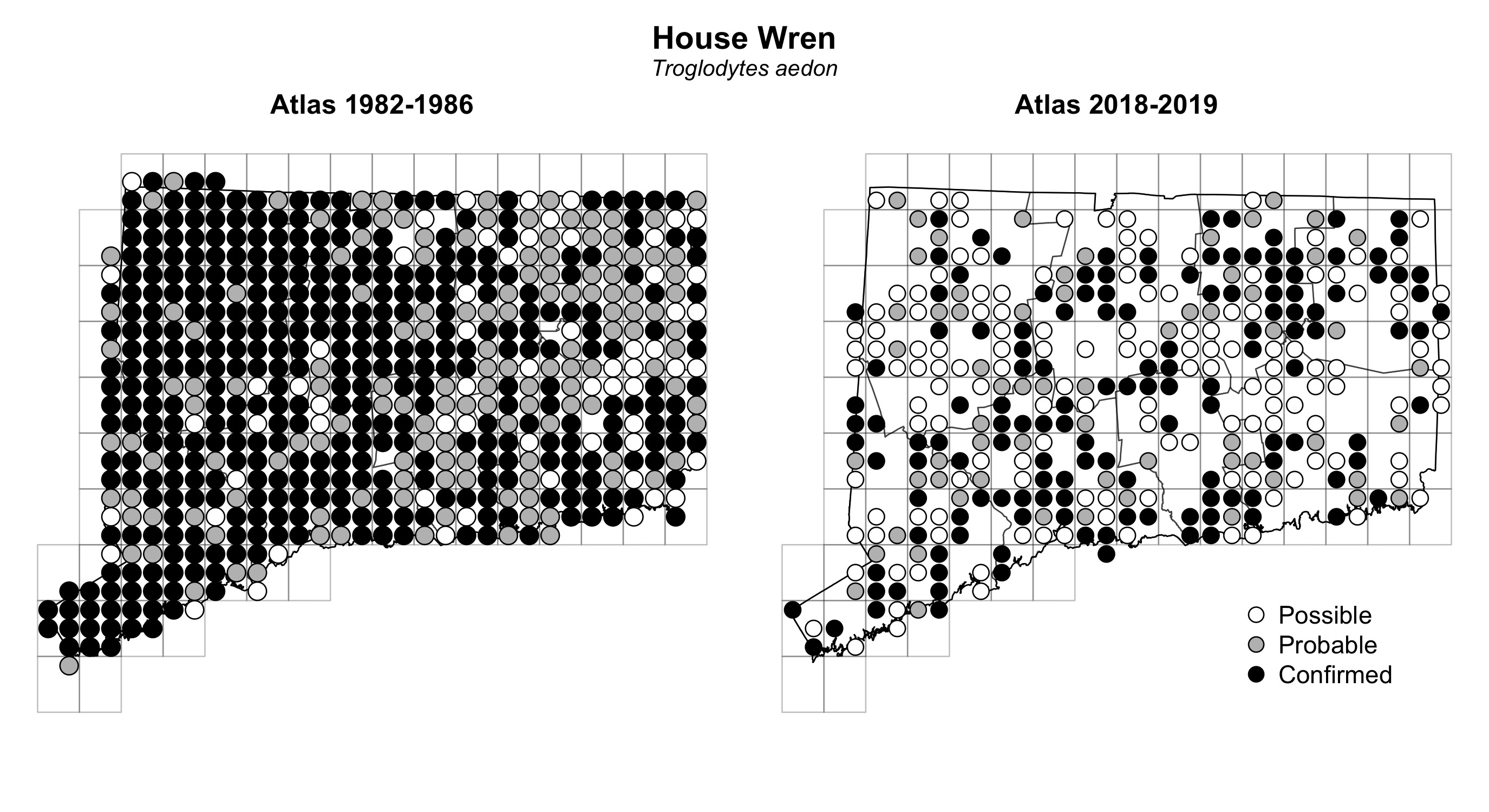 Breeding atlas reports of tree swallows and house wrens in Connecticut during the 1980s (left) and during 2018-19 so far (right). Although reporting rates are quite high, there are clearly a lot of places where additional records might be found. Checking nest boxes is one of the best ways to confirm breeding for these species.

Duck boxes are commonly used by wood ducks, but also hooded mergansers. And, if put in the right spot, larger boxes will also be used by kestrels and owls.

So, if you have an occupied nest box in your yard, please submit the record using the incidental observation form from the atlas web site, or via eBird. If your neighbours have boxes, maybe ask if they have birds nesting in them and report those too. And if you are birding somewhere and see boxes, it is often worth taking a few minutes to watch and see if birds repeatedly come and go from them (code ON = occupied nest), maybe carrying food (code CF, or NY if you’re sure there are young being fed). Even if a bird just appears to be checking a box out, code N (visiting probable nest site) can still be used.