On the ctbirds listserve, Chris Wood recently described how his experience finding hermit thrushes in his blocks led him to look into the atlas data on the species. Others have chimed in with suggestions of how and where to find them (hemlock groves are often key). 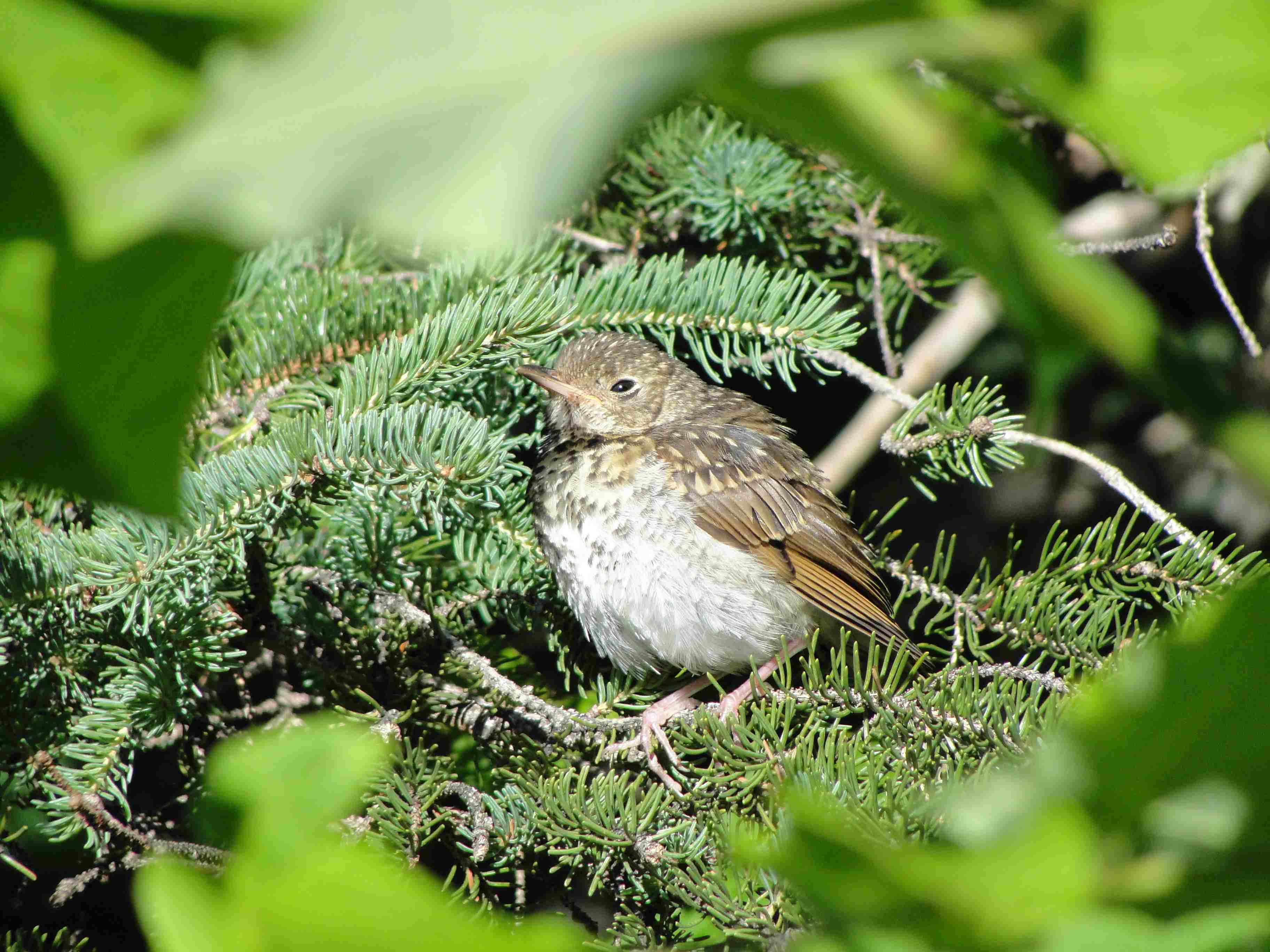 Recently fledged hermit thrush, as revealed by the buffy spots on the wings and head.

Given that this is prime time for confirming this species, I thought I’d make it a little easier to see what we currently know by posting our current map for the species: 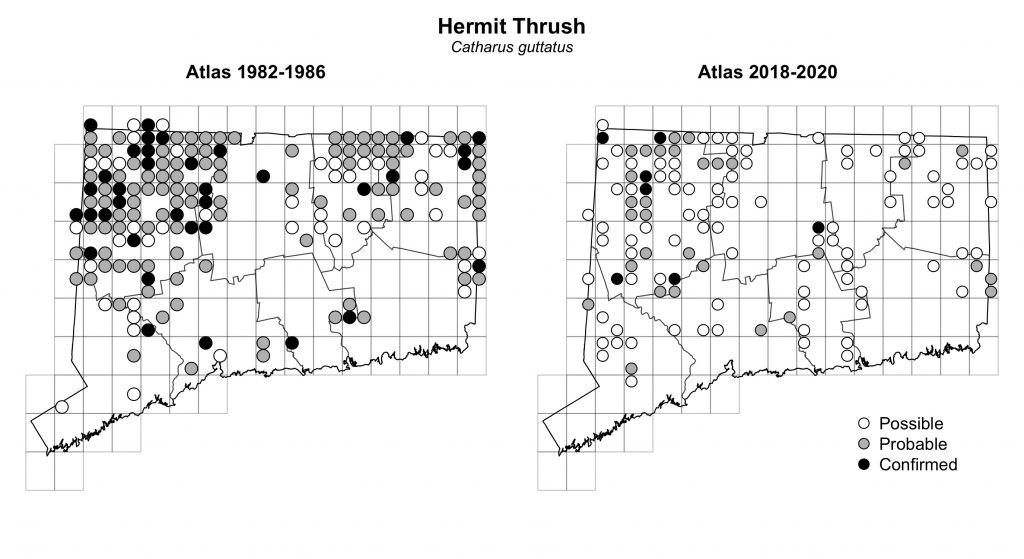 The map on the right is based on data collected up until early June, so it is not perfectly up to date, but it does illustrate Chris’s suggestion that we have many fewer records than during the 1980s. Of course, this could simply be because we have not yet matched that earlier effort, but as Chris notes it might also indicate a decline in abundance along the species’ southern range edge.

Chris also mentioned elevation as a factor that might influence where this species occurs – at climate warms, species are predicted to move upslope. To evaluate this idea we do not need people to provide elevation data. As long as checklists are submitted with fairly precise locations, we can get the elevation information from other sources. Matching bird data with information of this type will be a major part of the analysis phase of the project. But to do this well, it does help to have data submitted for specific locations within a block; this is why eBird recommends starting new checklists periodically when spending a long day birding, or covering a lot of ground.

Since, we’re thinking about forest thrushes, I also looked at the data for the other two species that commonly nest in Connecticut: wood thrush and veery. 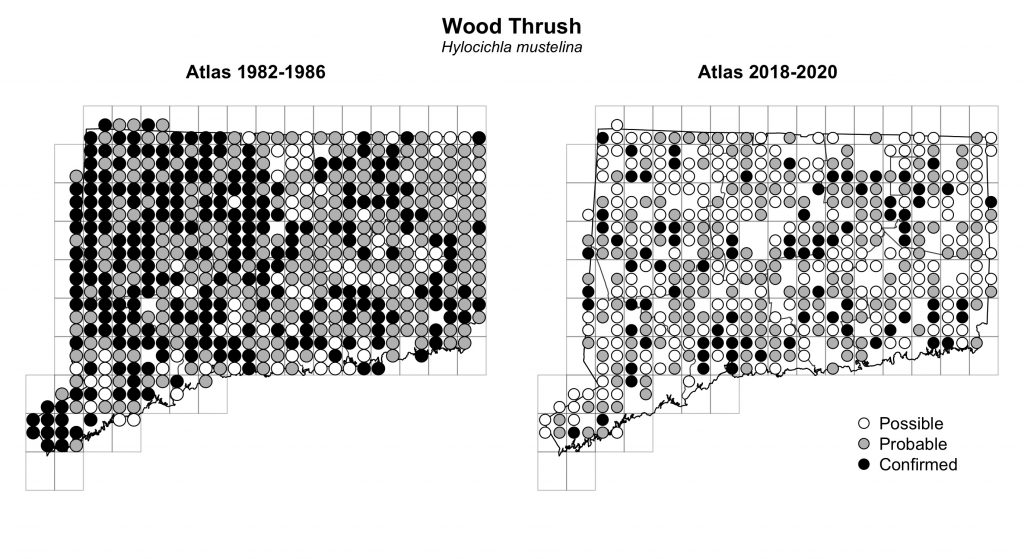 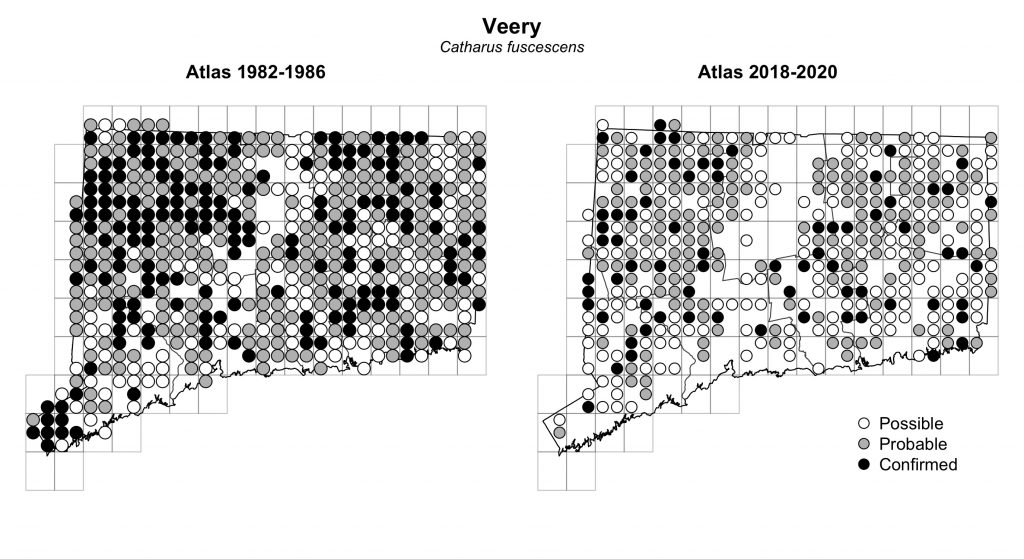 Both species are more widespread than hermit thrush, but both also show sparser distributions than were recorded in the 1980s. To see this in common, widespread species, suggests that survey effort is at least part of the explanation. Getting out into the woods over the next month provides an opportunity to help rectify that. 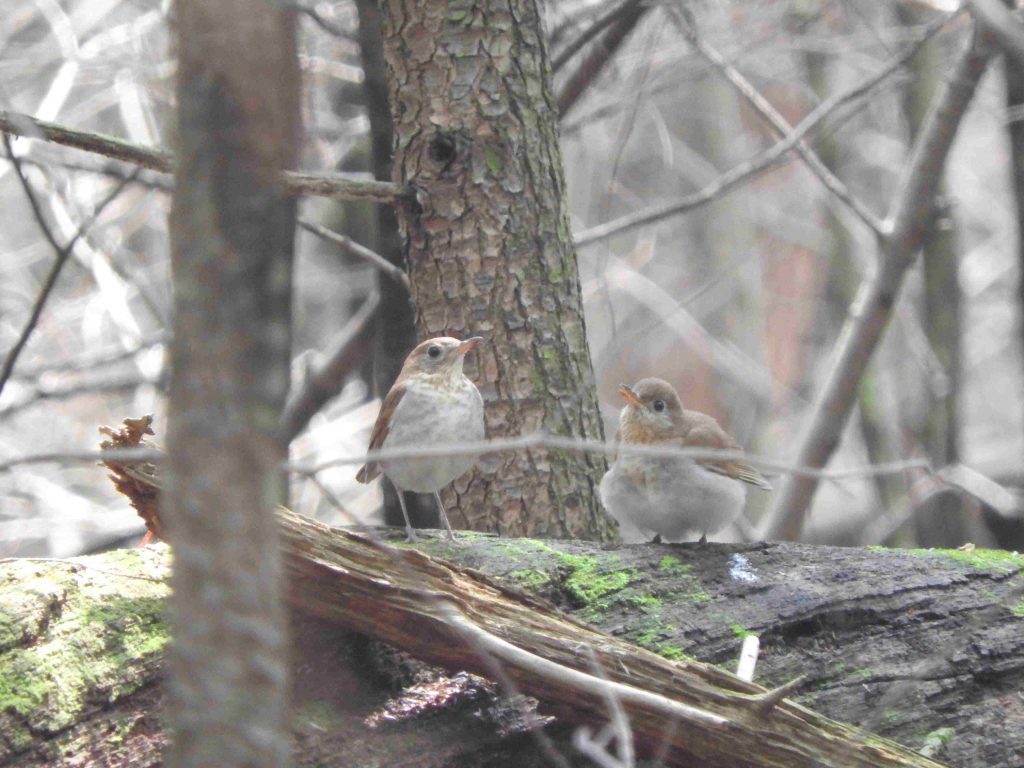 Seeing two birds of the same species together does not necessarily mean they are a pair, but these two veeries were engaged in vigorous courtship display (notice the crouching bird on the right), suggesting probable breeding.